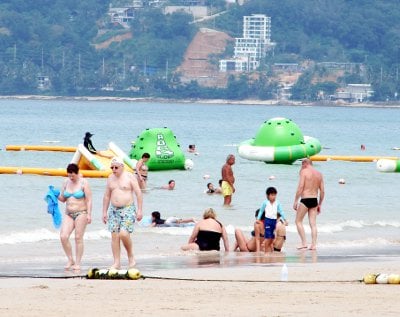 On Saturday, staff removed their equipment from the beaches.

The 9.9-million-baht contract to guard the beaches is put out on an annual tender, which critics claim is too short a period of time.

As yet it is unclear whether Phuket Lifeguard Club will bid for the tender to provide the service again this year.

From April 26 last year, the club says it saved 1,064 foreigners and 285 Thais from drowning on the 13 beaches it patrols.

It was unable to prevent 13 deaths: two in Surin, one in Kata, one in Nai Thon and nine in Karon, Phuket’s most dangerous beach.