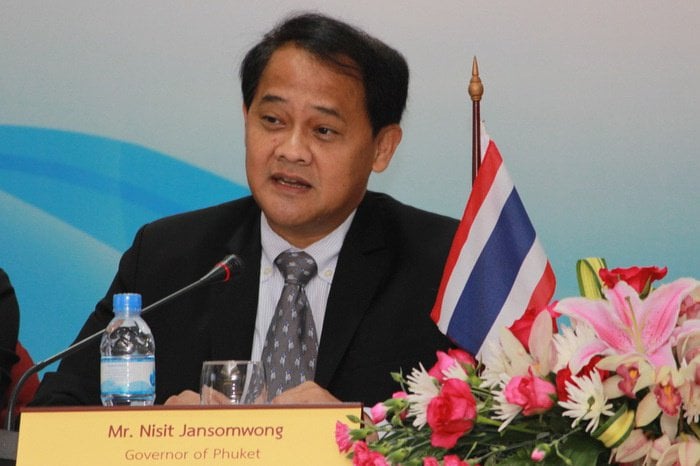 PHUKET: In a move to inform Phuket tourists of the latest beach bans and what rules are in force on the sands, Phuket Governor Nisit Jansomwong has ordered that leaflets be handed out at the beaches in four languages.

Artwork for the leaflets in English, Thai, Chinese and Russian have been issued to all local administrations, Governor Nisit told the Phuket Gazette.

“They are to make sure the leaflets are handed out to hotels, resorts, tour companies and tourists on beaches in their areas,” Governor Nisit said.

“The artwork we have sent is a sample only. They are free to create their own designs, but the message must remain the same.

“We expect the leaflets to start being handed out to tourists next week, and we expect signs to start being installed at prominent entry points to the island’s most popular beaches within two weeks.”

Japanese language will be added to the notices later, when the translation is completed, Santi Pawai, director of the Ministry of Tourism and Sports Phuket Office, told the Gazette.