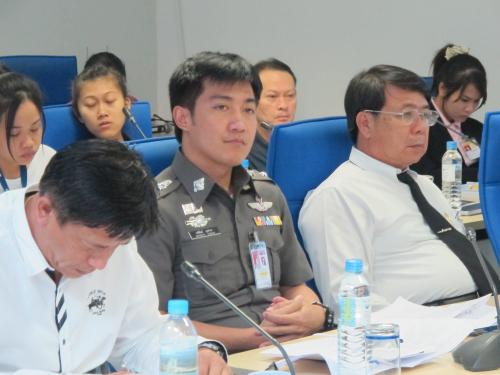 Chinese tourists who arrive on charter flights are often not given the TM6 arrival and departure card required by immigration. As a result, they are forced to queue up for the card in the immigration arrival hall, said Zhi Yi Li of Hainan Airlines at a meeting at the airport on October 29.

“In addition, immigration doesn’t set out many cards, so the tourists have to ask for them, which causes further delays,” he said.

Another factor contributing to the immigration bog-down is that there are no TM6 cards written in Chinese.

“Please supply the passengers with these cards when they are still on the plane, and show them how to fill them out,” Mr Rapeepat said.

“Thai immigration officers don’t speak [any] Chinese [language] well, so we really need your help with this,” he told the Chinese tour operators at the meeting.

He noted that airport immigration had made a video explaining how to fill out the card, and encouraged the airlines to show it to their passengers.