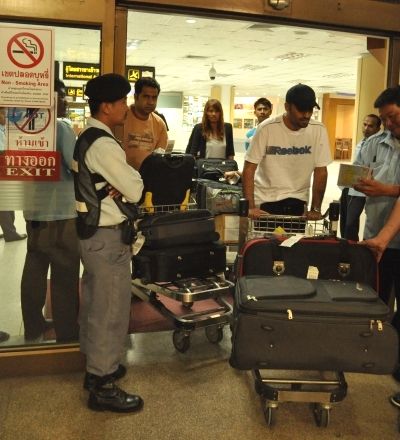 PHUKET: While the ‘red shirt’ protests and ensuing government crackdown in the Thai capital saw international passenger arrivals to Bangkok airports fall by 0.6% last month, the number of international arrivals to Phuket in April increased by 41.4%, according to Airports of Thailand (AoT) statistics reported by real estate firm CB Richard Ellis today.

However, international arrivals to Phuket International Airport continued to improve despite the political turmoil in Bangkok.

The total number of domestic passenger arrivals at Phuket Airport also rose, but only slightly, from 146,088 in April this year compared with 145,209 in April 2009.

“The April figures were very encouraging taking into account Bangkok’s escalating political protests and the closure of many European airports due to volcanic ash. Obviously, May figures are likely to be poor. The question is will they recover and how long will it take?” said James Pitchon, Executive Director at CB Richard Ellis Thailand.

Patong to get ‘drunk center’