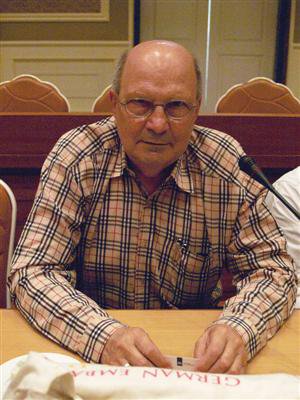 PHUKET: Foreign tourists who over-indulge and get into trouble in Patong may soon be left overnight to sober up in a ‘drunk center’, according to plans revealed at the second meeting between Honorary Consuls and Phuket authorities on May 24.

Another major proposal mooted at the meeting was setting up a call center to coordinate taxi services in Patong.

Phuket Provincial Police reported the number of foreigners who died or were involved in criminal cases so far this year.

To May 12, 33 foreigners died from accidents, health problems, drowning, drug overdoses and murder.

To April 25, 20 foreigners reported having been victims of crimes including theft, robbery, physical assault and fraud.

Phuket Provincial Administration Organization President Paiboon Upatising said he was very concerned by the statistics, as safety and security are key factors considered by tourists when choosing a holiday destination.

Those concerned needed to work harder and brainstorm ways of reducing the toll, he said.

“Thai police aren’t used to this kind of abuse,” he said. “From our side we can only request that Thai police understand that in most Western countries the police do not have the same status as Thai police.”

V/Gov Smith said that many tourists came to Patong to get drunk, which meant security measures there should be different to other areas.

“In future, a special area for drunk tourists will be set up to hold them for a while until they sober up. There’ll be no need to go to the police station,” he said.

Phuket Tourist Police Superintendent Ekachai Pramanakul said police handled drunken tourists with understanding, but in some cases the tourists were bigger than they were, so they had to control them by force.

On the subject of Thailand’s current political crisis, Mr Paiboon said the Phuket authorities would coordinate to ensure Phuket remained safe for tourists from around the world.

Mr Naumann said that German travel advice was not to travel to Bangkok, the North or the Northeast, but that travel to Phuket was safe.

British Honorary Consul Martin Carpenter raised the subject of the island’s transport, asking how many tuk-tuks were registered in Phuket.

A Land Transport Office representative said there were 1,130 registered tuk-tuks and that this number would not be allowed to rise.

Mr Carpenter also proposed introducing a service in which people who had gone out and had too much to drink could call a local driver who would come and drive them home in their own car.

“I would be very happy to sit down and discuss ways of making this work,” he said.

Consuls also reiterated a familiar complaint, that sometimes police failed to inform them when foreign nationals from their countries were involved in criminal cases.

Every consul affirmed that police could call their offices without hesitation because their secretaries were Thai and there would be no language problems.

It was also agreed that every Honorary Consul would receive a pocket book listing the telephone numbers of Phuket’s government offices, police stations and important places.