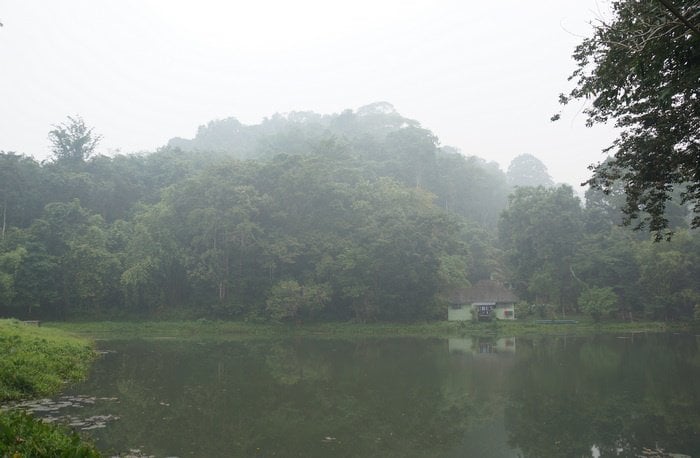 PHUKET: Pollution levels from the Indonesian haze that has descended on Phuket continued to climb over the last 24-hours, with an average of 201 micrograms (PM10) per cubic meter.

Tourists are still going to Phuket’s beaches despite the health risks from the Indonesian haze. The reason: no one has told them a health warning has been issued. Video: PGTV

“The air pollution is now higher than the public health standard and will likely continue to rise,” said Phuket Governor Chamroen Tipayapongtada. “Please avoid spending an unnecessary amount of time outside. If you do have to go out, please wear a mask.”

Governor Chamroen also warned against collecting rain water for drinking due to the pollution levels.

“Local government offices will be handing out free masks. If you have any questions or concerns about your health, please contact a local hospital and see a doctor,” Gov Chamroen said.

On Tuesday, Phuket officials issued a health warning after the air pollution levels reached 136 PM10 (story here). The following day, the warning stayed in place as the average jumped to 163 PM10.