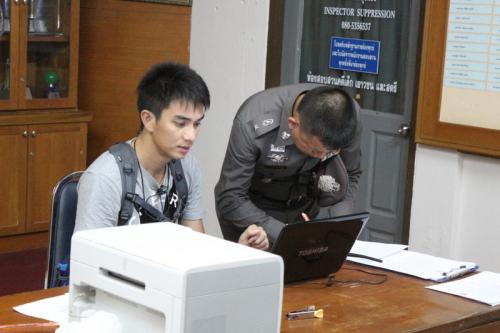 Cherdsak Wisutthikul, from the Department of Employment in Bangkok, led a team of 20 officers to raid the wakeboard park at about 5:30pm on Thursday.

All three confessed to working without work permits. They each face a fine of between 2,000 baht and 100,000 baht, up to five years in prison, or both.

All four suspects were taken to Thung Thong Police Station for further investigation.

Mr Cherdsak, who is the director of the “Inspection and Job Seekers Protection Division”, returned to Bangkok after the raid had concluded.

Phuket FC to entertain with Singhtarua