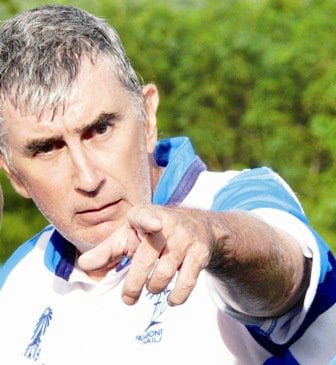 The Kriel Roosters, based in Pretoria, have been regular participants at the Phuket International Rugby 10s tournament, winning in 2010 and reaching the finals of this years competition.

Many teams remarked on the increase in quantity and quality of Thai players during the recent event. Several individuals must take credit for this, including Pat Cotter, Mike Whippy, Richard Folds, Panom Prom-MaPanom and Somchai Sriwichai.

“I mentioned the lack of opportunities here in Phuket for our kids with talent to get the quality coaching and game-time required for them to progress. Ideas formed and we agreed a scholarship would be fantastic, whereby we could send talented kids abroad to develop their skills,” said Pat.

Procrastination is a trait not associated with South African’s, and by the tournament’s last night, Rudi and Gerhard had discussed options with other committee members and approached Pat with an offer.

Kriel RFC proposed taking two promising players to work and train in South Africa for three months. If Kriel coaches and players see potential during the trial period then the club will extend their stay and continue their development, Pat said.

The hopeful talents will receive a 90 day visa for South Africa and earn their keep with Gerhard on one of his many farms. Accommodation, meals and a wage will be provided. The boys will train with the club three times a week and will eventually get an opportunity to play second team rugby.

This will be an ongoing program which will give younger players something real and exciting to aim for.

Airfare costs must be raised for the two rugby hopefuls. Companies or individuals interested in becoming involved should contact Pat Cotter. E:phuketrugby@gmail.com