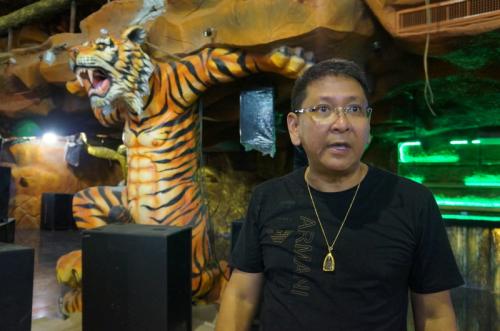 PHUKET: The Phuket Chief Public Prosecutor’s attempt to levy a series of charges against Tiger Group CEO Piya Isaramalai and Sara Entertainment Co Ltd after a fatal blaze killed four people at Patong’s famous Tiger Disco nightclub on August 17 have been delayed for a second time.

Simultaneously with the prosecution’s decision to move forward with the case, Legal Counsel for Tiger Discotheque, Thamrongsak Boonrak, submitted a letter asking the prosecution to re-think its charges before even taking the case to court.

“I have submitted a letter to the Phuket Public Prosecutor Office appealing for a ‘fair investigation’ to have the authority reconsider charging us on the allegations of wrongdoing,” Mr Thamrongsak said.

The Phuket Public Prosecutor’s Office now awaits word from the Office of the Regional Public Prosecution, Region 8 in Surat Thani – again – whether or not to proceed with the charges.

Tiger Group CEO Piya Isaramalai and Sara Entertainment Co Ltd face a charge under Section 291 of the Thai Criminal Code: causing death through negligence, as well as charges of causing physical and mental injury and trading after hours, Mr Chiengsean told the Gazette.

Mr Thamrongsak confirmed to the Gazette on Wednesday that in his letter he sought the prosecution re-evaluate all charges, citing the failure of police to carry out a thorough and fair investigation.

“I have sent evidence that we have collected, including pictures and videos taken by tourists, showing that the electricity was out about 15 minutes before the blaze started at the entrance. The evidence proves that the cause of the fire was not our fault; it is from the transformer outside of the venue,” he stated.

“We are hoping the Regional Public Prosecution in Region 8 will drop the case, as the fire was not our fault,” add Mr Thamrongsak.