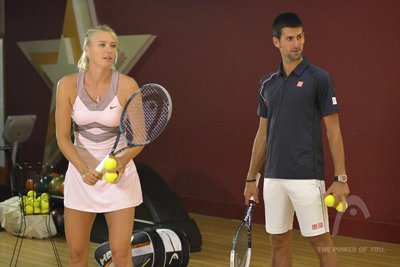 PHUKET: The US Open will start August 27 and continue until September 9 at Flushing Meadows, New York. As expected Roger Federer will be the top-seeded men’s player, Novak Djokovic seeded second and Andy Murray third.

Rafael Nadal withdrew from the tournament citing the same knee problem that kept him out of the Olympics. Nadal’s absence gives hope to other players looking for a grand slam win, since Federer, Djokovic or Nadal have won 29 of the last 30 major tournaments.

Nadal’s absence means defending champion Djokovic will be on the opposite side of the draw to Federer, which could lead to a very predictable final. Federer aims to be the first man in 87 years to win six US Open titles. He is currently tied at five, with Pete Sampras and Jimmy Connors.

Outside of the top three seeds, David Ferrer is ranked fourth and John Isner is the highest seeded American at nine.

Women’s world number one, Victoria Azarenka, will be the top seed, Agnieszka Radwanska of Poland second, Maria Sharapova third and Serena Williams fourth. The defending US Open champion, Sam Stosur of Australia, is seeded seventh and Venus Williams because of her poor world ranking is unseeded.

Federer defeated Djokovic in straight sets to win the tournament before the US Open, the Cincinatti Open. Andy Murray was knocked out in the third round. Li Na beat Angelique Kerber to win the women’s final at the same tournament. Na knocked out Venus Williams in the semifinal.

A tennis umpire, who was expected to work the US Open, has grabbed all the headlines prior to the tournament. Lois Goddman, 70, was arrested by police in New York and accused of bludgeoning her husband to death with a coffee mug. Mrs Goodman claimed her husband had died after a tumble down the stairs in April. Further tests on Alan Goodman, 80, showed that he died from severe head trauma. The veteran tennis umpire has officiated matches involving Andre Agassi, John McEnroe and Jimmy Connors over the years.