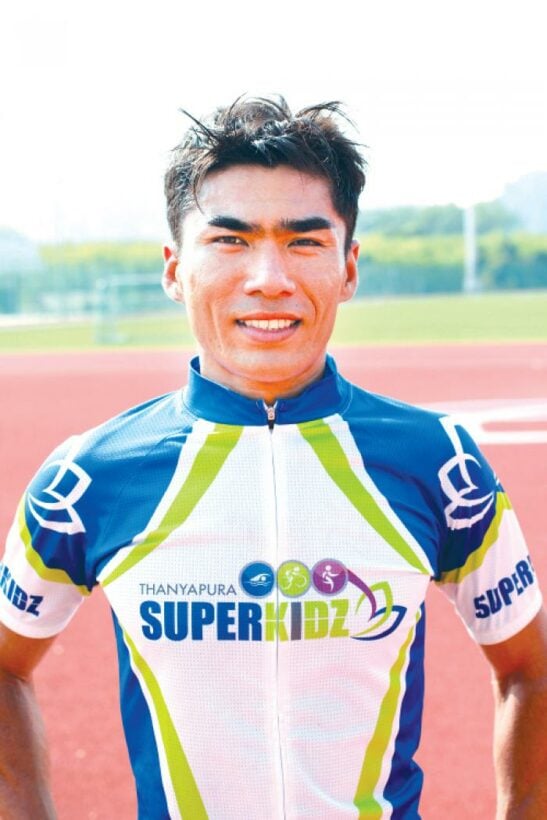 PHUKET: Roughly 135 is the number of triathlons completed by Jaray Jearanai, Phuket’s homegrown triathlete. “I’ve been running for nine years and each year I run more than 15 triathlons,” he says. But as much as he likes it, it’s not all just for fun.

“I want to be the best Thai triathlete. Right now, there are no Thais going high up in the professional triathlon [ranks] and I want to change that to become an example for other people who want to take up triathlon,” says Jaray.

He started triathlon training on his own, with no professional guidance. Inspired by a major triathlon event in his local Bang Tao – Laguna Phuket Triathlon, he decided to give it a try, but at first, years of self-training didn’t bring the desired results.

“In the first 4-5 years I did the training on my own, without a proper coach, no swimming pool – I learned to swim in the open water in the ocean. I was cycling and running on my own which was quite challenging.”

But to take his triathlon experience to a new level, Jaray had to do the same with his training.

“Four years ago, before Thanyapura Sports and Leisure Club opened, I was training with its founder Klaus Hebben and it was him who invited me to train here,” explains Jaray. “When I met Jurgen Zack, Thanyapura’s triathlon coach, I experienced an amazing change. The first three months were very hard but it was also a big jump for me. Everyday, hard training brought great results – suddenly from never being in the top 10, I jumped to the first place in the Thai Elite group.”

This intensive training combined with professional guidance of Thanyapura’s coaches brings impressive results – recently a second place in the Southeast Asia elite group during the Philippines Challenge. “It was one of my best races, considering that there were more than 20 pros competing. It was my first race of that level and I’m really happy with my results.”

The next step on the long way to success– a Triathlon in Cha Am on March 17. Jaray has no lack of faith in his and his team’s abilities. “I’m in the right place to move up and I think one or two years and I will be where I want [to be].”

Phuket Sport: Getting back to the top