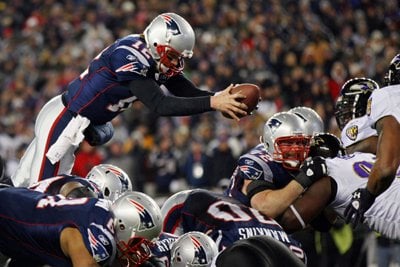 PHUKET: Fans of the New England Patriots in Phuket got some great news when local media reports out of Boston revealed that the team’s superstar tight end Rob Gronkowsi will play in the Super Bowl XLVI against the red hot New York Giants.

Gronkowski went down with what appeared to be a very serious ankle in the AFC championship game, won by the Patriots at home over the Baltimore Ravens thanks to a botched field goal attempt from just 32 yards out in the final seconds that would have sent the game into overtime.

In the NFC final, the Giants prevailed 20-17 at the San Francisco 49ers thanks to an overtime field goal that ended a tight, defensive struggle. Credit for the win goes to the Giants defense, which held the Niners to just one-for-thirteen conversions on third-down attempts, and a gritty, never-say-die performance by quarterback Eli Manning, who was sacked six times for 49 yards.

Just minutes after that game finished, bookmakers in Las Vegas listed the Patriots a 3.5-point favorite, though the odds immediately moved down when punters poured money into the Giants. News of Gronkowski’s condition will likely maintain the Pats as favorites going into the big game, to be played February 5 on Astroturf at Lucas Oil Stadium in Indianapolis.

The showdown will be a rematch of the Super Bowl four years ago, which was won by the Giants despite being 12-point underdogs against the Patriots, who finished the regular season undefeated that year.

The Super Bowl kickoff will be at 6:30am Phuket local time. Subscribers to TrueVisions will be out of luck, but cable television subscribers with Astro Super Sports 2 out of Malaysia will be able to watch the game live.