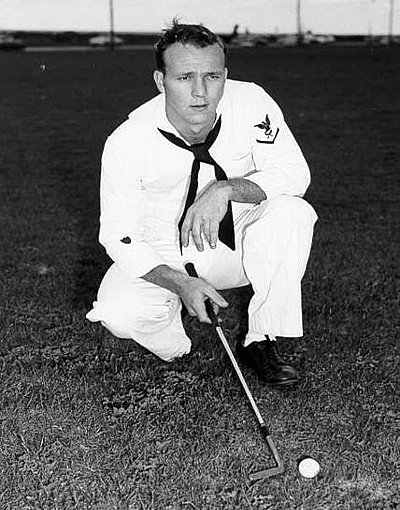 PHUKET: This week the PGA tour moved to Bay Hill Golf Club in Florida for the Arnold Palmer Invitational.

It’s been Palmer’s back yard since 1974 when he purchased Bay Hill. Apparently he was not best pleased when the world’s number one player Luke Donald and world number two player Rory McIlroy didn’t take up his invitation to play. Palmer came to fame in the 50s and 60s. He was ‘the king’ while Jack Nicklaus was the pretender to the throne and South African Gary Player made up the ‘big three’ in golf.

Enter Tiger Woods and as one commentator said “he owns the 18th green”, which sounds silly until you check his record. Woods has won at Bay Hill six times and four times in a row from 2000 to 2003. Woods is the best front runner in the business and made a good start at Bay Hill with rounds of 69, 65 and 71 to lead by one shot.

It’s been two long years in the wilderness for Woods having had some well publicized personal problems, a caddie change and replaced his second swing coach. However Woods’ career so far is still second to none in the fact he wins one in the three events he plays. Tiger, if it’s not broken why fix it? But at this level they are all looking for that little extra edge.

Graeme McDowell had a 63 in the second round to sit one behind Woods, and after his last round all he could say was that he “had a front row seat watching Tiger’s every move”. McDowell shot 74 to finish second while Ian Poulter, love him or hate him, was lurking in the background in third position and stayed there for the rest of the day after a disappointing 74. Tiger didn’t even need to roar on Sunday. OK, the wind had dried out the greens, but one by one the chasing pack, who were more like a litter of kittens, seemed to throw away their chances to win. Woods finished with a 70 for a five shot victory. The game of golf needs Woods. As we know, television ratings go through the roof when he’s playing.

In 1971, the then Florida Citrus Invitational at Bay Hill was won by Palmer, who received a check for US$30,000. Woods this year received a check from Palmer of US$1,080,000. Is this running in line with inflation? Those in the know said that it would be two years before he would get his head back in the game. The proof of the pudding will be in the eating, as they say, when the first Major starts in two weeks time. Nice to have you back Tiger.

The European tour was in Morocco for the Trophee Hassan ll at the Golf du Palais Royal. Michael Hoey was in contention. Another Northern Ireland player, who had a good previous season finishing 25th on the order of merit with just under €1million.

His pedigree speaks volumes, having won the British Amateur Championship and Walker Cup in 2001. It’s still taken him some time to earn his spurs on the European Tour, but he started the last round with five birdies on the front nine to be out in 31. Hoey didn’t make the same mistake as Raphael Jacquelin the week before by coming home in 34 for a good solid 65, to win by three shots.

A worthy note for Jamie Donaldson, who shot 11 under for the last 12 holes giving him a homeward nine of 28 shots for a 61 that moved him up 40 places to finish third on the day.

It’s all over bar the shouting for the Masters entry list. All the exempt players are in, so the only way players can qualify is to win the Shell Huston Open this week, it would be great to see if Ernie Els could pull that off. Good luck Erine.

Phuket Sports: Patong CC back in the hunt