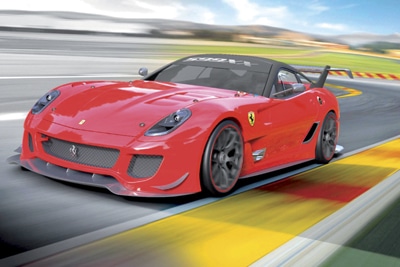 PHUKET: Roll up, roll up for the Canadian GP at the Circuit Gilles Villeneuve.

The track, on a man-made island in the St. Lawrence River, is a series of straights held together with a few strange curves and a magnetic wall. It’s a power circuit, which has been dominated by Mercedes engines in recent years, so McLaren should do well.

Red Bull is never going to be favorite and the FIA’s sotto voce post-Monaco ruling that they have behaved badly, and that their floor is illegal will not help. The Monaco win is not affected by the ruling, and a new floor for Montreal will probably not be critical either.

Lotus is well overdue a win, and Kimi Räikkönen would dearly love to fulfil that ambition, but Sky Sports has reported rumors of dark spirits at Lotus. At Monaco, many teams used a special steering rack with a greater lock to cope with the tight corners. Kimi, who is rumored to have been behaving badly over steering all season, asked for a new steering rack which cost Lotus much time and money. He then refused to run more than an outlap in P1 with the new rack, claiming the car was undriveable.

The story is that Lotus begged him to run the rest of P1 so that they could get tyre data, but Kimi was unmovable. By the time mechanics changed back to the standard rack, P2 was rained off, so Lotus was in a sad position. The team is blaming Kimi for the uninspiring performance in the race. This bodes ill for Montreal.

It is reported that Sauber is also murmuring about bad behavior. Ever since Perez won at Sepang, it is said, he has become demanding, and with the problems at Ferrari perhaps offering him an opening, he has an inflated opinion of his standing, while team morale is low.

Ferrari is riding high, but the team has made it clear that Felipe Massa has to continue with his return to form or they will change him. Ferrari has said it will not make the decision until the second half of the season, so somewhere around the Hungarian and Belgian GPs is “M”Day. So he has only this race, Valencia, Silverstone and Hockenheimring to prove his worth. He is going to try very hard indeed.

Nature has been behaving badly. Ferrari will be having an online auction for the victims of the two earthquakes in the Emilia-Romagna region. A V8 engine, helmets and suits from Fernando Alonso and Felipe Massa and a 599XX Evo, valued at €1.3 million will be amongst the offerings.

And there is some other interesting news. Perhaps buoyed by the publicity received by protesters in Bahrain, Montreal students are behaving badly to protest fee hikes, and are planning to disrupt the GP. Their planned all-night protest before the race was banned by the government, and that brought into play the online bad boys “Anonymous”. They hacked the FI sales site, sent messages to those who had booked, and published their details online.

Now the students are to gather at 10:30am on race day for an undisclosed action thereafter. This adds significant spice to the Cajun Boudin now simmering. The suspicion is that the Quebec authorities may be less efficient at containment than the Bahrainis.

Unhappily the race is at an unseemly hour. It is almost as if the Canadians do not take our comfort into their considerations.

Qualifying is on Star Sports at Saturday midnight, and the race is at 1:00am Monday. Programming starts Sunday Night.