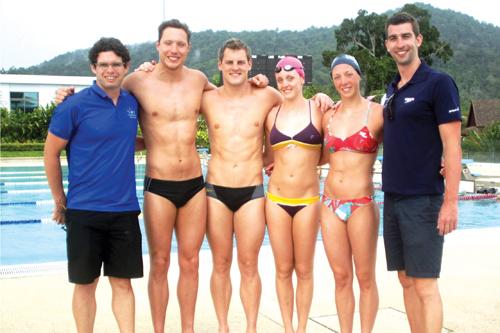 Among the swimmers who flew out to Thailand for the training programme were two times world champion and world record holder Liam Tancock, Olympian Grant Turner, and European and Commonwealth champions Fran Halsall and Amy Smith.

“It’s been a real pleasure hosting the British team. They have made a great impression on the management and staff at Thanyapura, as well as the parents of our Silverfinz kids. Always polite and fun, they are a credit to their country and a pleasure to work with,” said Thanyapura Sports and Leisure Club Director of Sports Academy Craig Johns.

TSLC’s Aquatics Academy was selected as the team’s training center due to its Olympic-standard 50 meter swimming pool, internationally-renowned sports science facilities and idyllic location surrounded by the hills of Phuket.