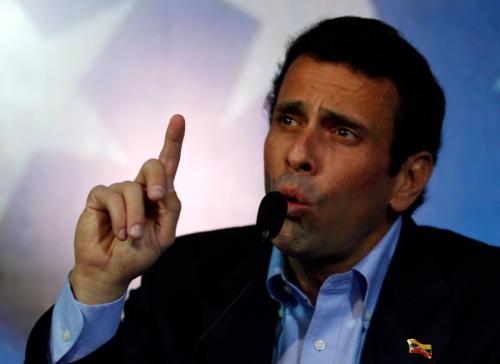 PHUKET:Syrian rebels broke through government lines to ease a siege of their positions in the strategic central city of Homs yesterday despite coming under fierce aerial bombardment, opposition campaigners said.

The communally mixed city of Sunni Muslims and Alawites, the minority sect that has dominated Syria since the 1960s, has emerged as a major battleground in the two-year-old uprising against President Bashar al-Assad. The bloodshed has claimed about 70,000 lives so far, according to the United Nations.

Homs, 140km north of Damascus in central Syria, lies on a vital road juncture linking army bases on the Mediterranean coast, home to a large proportion of Assad’s Alawites, and government forces in the capital Damascus.

In a counter-offensive, Sunni rebels punched their way through government lines in the north and west to loosen a months-long army siege on their strongholds in the centre of the Syria’s third biggest city, opposition sources said.

Insurgents based in the provinces of Hama and Idlib advanced on Homs over the weekend from the north while brigades from rural Homs attacked government positions in its Baba Amro district.

This area was overrun by the army after a long siege a year ago and subsequently visited by Assad.

The Syrian state news agency said “a unit of our brave army engaged with an armed terrorist group that had tried to infiltrate Baba Amro … and killed and wounded several of its members.”

Abu Imad, an opposition activist, said the sound of aerial bombardment on Baba Amro in western Homs shook the city.

“This situation is muddled in the whole of Homs, but what is certain is that the regime is busy trying to repel rebel brigades who have broken into Baba Amro from its rural surroundings,” he said.

Both sides have taken heavy casualties since the army went on the offensive 10 days ago to take the central districts of Khalidya, al-Qusour and Old Homs, where rebel brigades have been dug in for months, according to opposition military sources.

Rebels repulsed several army attempts to take Khalidya with infantry in the last 10 days and dozens from both sides have been killed, the sources said.

Assad, fighting to maintain his family’s four-decade-old grip on Syria, appears to be focusing his military campaign on holding the main cities, along a highway axis running north of Homs to Hama and Aleppo and south to Damascus and Deraa, according to opposition sources.

In a meeting with parliamentarians from Turkey’s main opposition Republican People’s Party in Damascus on Thursday, Assad said he could not control some parts of Syria, accusing Turkey’s government of backing what he described as terrorists.

“We can’t control all parts of Syria. We are focused on big cities. There are terrorist attacks in the countryside,” Assad said, according to a report the party published on Sunday.

Nader al-Husseini, an activist from Baba Amro, said several roadblocks in the district had fallen to rebel fighters and dozens of loyalist troops and militia had fled to the nearby districts of Jobar and Inshaat.

“For the regime to take hits in Baba Amro is damaging to its morale, especially since Assad visited Baba Amro and was filmed there, supposedly sealing the regime’s triumph,” Husseini said.

In the east of Syria, a desert region that extends to Iraq’s Sunni heartland, government jets bombarded the city of Raqqa, which fell to the opposition last week, killing five people. But some refugees who had fled to nearby rural and desert areas have begun returning to the city, activists said.

The German weekly Spiegel, quoting what it called participants and organisers, reported on Sunday that Americans, some in uniforms, were training rebel fighters in Jordan.

Britain’s Guardian newspaper had a similar report, quoting Jordanian security services, and said British and French trainers were part of a U.S.-led effort meant to strengthen secular elements over Islamist hardliners in the rebel ranks.

The United States has said it would provide medical supplies and food directly to opposition fighters but has ruled out sending arms for fear they may find their way to Islamist radicals who might then use them against Western targets.

Saudi Arabia and Qatar are widely believed to be providing weapons to the insurgents, and Arab League ministers decided last Wednesday to let member nations arm them.

Large tracts of eastern Syria, which accounts for all of the major Arab state’s oil production and most of its grain output, have been captured by insurgent forces in recent weeks.

But the Syrian National Coalition, an umbrella group of the political opposition, postponed a meeting to form a provisional government – the latest setback to opposition efforts to create an administration to take over if Assad is ousted.

The coalition meeting to elect a provisional prime minister, which was due to be held tomorrow after being put off once already, has been rescheduled for March 20, but it was uncertain it would be held even then, coalition sources said.

Meanwhile, the number of refugees fleeing Syria could triple by the end of the year from one million now, according to a new United Nations estimate.

“Everything depends on whether or not we will have a political solution but we need to be prepared for a very strong increase of the present numbers,” U.N. High Commissioner for Refugees Antonio Guterres told reporters in Ankara.

Opposition campaigners said at least 20 bodies of young men captured and shot by security forces were found yesterday in a small waterway running through the contested city of Aleppo.

It was the largest number of bodies lifted in a single day from what became known as “the river of martyrs”, after 65 bodies turned up in late January. An average of several bodies a day have been appearing in the river since, several activists in the northern city, which is near Turkey, told Reuters.

Syrian authorities have banned most independent media from the country, making verification of reported events difficult.

PHUKET: Venezuelan opposition leader Henrique Capriles said yesterday he will challenge the late Hugo Chavez’s preferred successor for the presidency next month, setting the stage for a bitter campaign.

Capriles, a 40-year-old state governor, will face election favourite and acting President Nicolas Maduro. The pair have until close of busines today to register their candidacies for the April 14 vote.

The election will decide whether Chavez’s self-styled socialist and nationalist revolution will live on in the country with the world’s largest proven oil reserves.

“I am going to fight,” Capriles said at a news conference. “Nicolas, I am not going to give you a free pass. You will have to beat me with votes.”