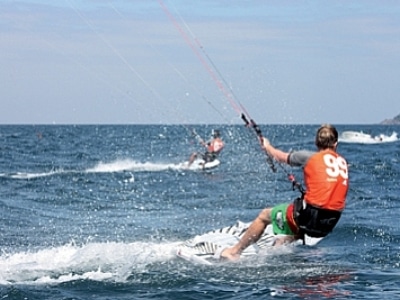 Marine Scene Asia is a specialist sailing channel that produces programming that covers all aspects of the Asian yachting and boating scene.

In particular, it focuses on covering competitive sailing regattas which is an important new outlet and audience base for the KTA and kiteboarding.

“This is an exciting new media partnership for the KTA this season and one which will help us to bring kiteboarding, and in particular kite racing, more into focus as part of the competitive sailing world,” said KTA founding director, Neil Godbold.

“Our goal is to showcase the marine scene in Asia to the world, using the latest IPTV technologies. Working closely with KTA this year we will provide a platform for this new and exciting sport to reach a larger audience,” said Duncan Worthington, co-founder of Marine Scene Asia.

Marine Scene Asia is a specialist sailing channel that produces a monthly program called Go Yachting which covers a wide range of yachting and boating happenings around the region. It also specializes in competition reporting of the region’s major sailing regattas and it was at the recent Phuket King’s Cup Regatta in Thailand where the KTA and Marine Scene Asia first made contact. Following on from this first appearance of kiting in one of the World’s major sailing regattas, the KTA and Marine Scene Asia are creating the first kiting channel to appear on a specialist sailing TV platform.

It is a positive development that reflects the growing interest in kiteboarding as it becomes a potential future Olympic sailing class and both [Marine Scene Asia and the KTA] felt that this partnership would offer an ideal opportunity for the sailing community to become more familiar with the kiting scene and its competition formats.

The new programming kicks off with the first competition round of the season, the ‘KTA power by Aqua Boracay’ and will continue to follow the fortunes of the tour and other competitions as they continue through the year.

For the KTA and kiting this is a great step and one that is hopefully just the start of many more links with sailing and the marine industry at large.