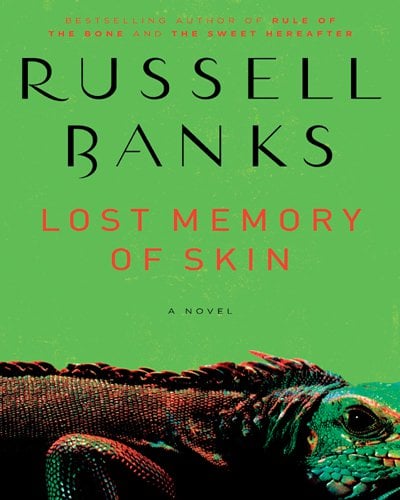 PHUKET: At the age of 70, Russell Banks has written 14 novels. I’ve read two, The Book of Jamaica and Continental Drift which work out moral quandaries found on the border between a white working class hero from New England and the exotic world of the Caribbean.

His latest novel, Lost Memory of Skin ( Ecco, 432 pages), takes place in Miami and centers on a 22-year-old sex offender called The Kid who lives in an outcast squatter community of fellow sex offenders underneath a causeway over the bay between the mainland and the wealthy barrier islands.

The community has its own hierarchy, the lowest being “chomos” or child molesters. They are all listed on the National Six Offender Registry, must wear ankle monitor bracelets and are forbidden to use the Internet or to live within 2,000 yards of a school, playground, park or other populations of children. They form a group of sad loners living in tents and makeshift shacks.

The Kid is no chomo, but he is indeed pathetic. Son of a single mom beautician with a rotating roster of boyfriends, the Kid grew up friendless, non-athletic, small and thin and slow in school.

After six months in jail, estranged from his mom, he is fitted with an ankle monitor that he must not remove for 10 years. He gets a job as a busboy at a barrier island hotel and sets up camp under the causeway. His possessions are a pup tent, a sleeping bag, a bicycle and Iggy. The day that he loses his job for wise-mouthing his boss, he loses his campsite in a police raid, along with Iggy, shot in the head at close range.

By this time, the reader is beginning to feel sorry for him.

“The Kid’s no psychologist and he hasn’t much insight into what makes a sex offender, but he had more sympathy for the men he’s been living with than with the people who put them there even though he knows that most of the men living here, himself included, have done some very bad things.”

No sooner has he moved back into the wreckage of his camp than he is visited by the Professor, an immensely obese sociology academic who decides that he wants to study the Kid and his community.

“The Kid reminds the Professor of Huckleberry Finn somehow. Here he is now, long after he lit out for the Territory, grown older and as deep into the Territory as you can go, camped out alone where the continent and all the rivers meet the sea and there’s no further place he can run to. The Professor wants to know what happened to that ignorant, abused, honest American boy between the end of the book and now.”

The Professor has his own secrets. Prominent in the civil rights and anti-war movements, he also led a double life as a government informer and later took his double-dealing life abroad. Someone has been in contact with his parents whom he hasn’t seen in 40 years and he feels sinister forces closing in around him.

A storm wrecks the camp again and the Kid lits out for the Everglades, a place where he will face his final moral choices.

The ending is marred by a forced didacticism, but Banks’s novel is nonetheless a triumph of empathy and insight.