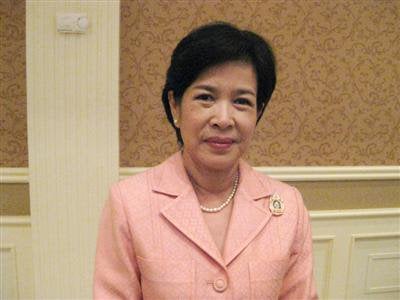 PHUKET CITY: The National Statistical Office (NSO) will get the help of 650 Phuket Rajabhat University students when it collects data in Phuket throughout July as part of its 11th National Census.

This year’s census is considered auspicious, as it marks the 100th anniversary of the first-ever census taken in Thailand during the reign of King Rama V. National censuses have taken place every 10 years since.

The aim is to gain accurate data useful to both the public and private sectors, in particular for drafting development plans that are coherent with the current conditions and needs of Phuket’s residents.

“I would like to invite everyone to cooperate and give accurate information to the census enumerators,” Ms Jirawan said.

“The data could be used to provide appropriate infrastructure and social welfare planning,” she said.

During the last census, conducted in 2000, the total population was determined to be 60.9 million.

“In the next census we expect the number to grow to about 63 million, not counting about two million alien workers in Thailand.

Those included in the census are: Thais currently in the country, Thais abroad, and foreigners who have been living in the Kingdom three months or longer.

Resident foreigners need to be included because they use public utilities and services just as Thais do, she explained.

Those surveyed will be asked to provide information on gender, age, religion, nationality, education and literacy, number of children, occupation and employment status, physical disabilities, marital status, place of birth, migration, and the district in which their name appears on a household registration document.

Data can be submitted in four ways: by interview with a Rajabhat student, via the Internet site www.nso.go.th, by telephone interview or by mail.

For more information contact the Phuket Provincial Statistical Office at 076-211594.