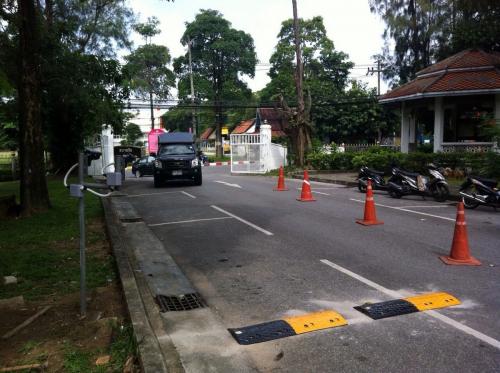 PHUKET: Four high-definition CCTV cameras have been added to the entrance and exit of the Phuket Provincial Hall complex following the bomb blast on the grounds on August 1 (story here).

As an additional safety measure, all other entrances, including those designed for pedestrians only, have been closed.

Anyone entering the complex outside of working hours, 6pm to 6am, is required to show some form of identification when passing by the cameras, Mr Prajied said.

“These measures will boost safety,” he added.

Police, still investigating the case, believe that due to the placement of the explosive and time it was set off, the bomb was not intended to injure anyone, but was an attempt to scare officials.