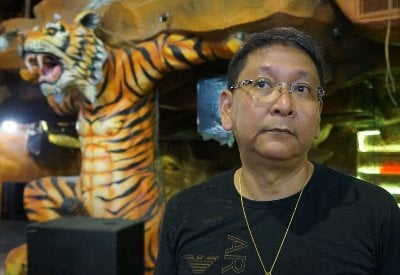 PHUKET: The Phuket Public Prosecutor’s Office is in the final stage of preparing its case against the operators of Tiger Discotheque over the fire that broke out at the Patong nightclub on August 17.

The popular night venue erupted into flames just before 4am, while hundreds of patrons were still inside.

Four people died in the inferno, including two tourists.

“We are now checking our documents to make sure we have a good legal case to present in court,” Phuket Chief Public Prosecutor Chiengsean Panhya told the Phuket Gazette today.

However, he added that his office was still waiting for more evidence to bolster its case.

“We are waiting on more witness statements to be provided by Patong Police before we can make the final decision on which charges to pursue and to make sure our case is strong,” he said.

Patong Police Superintendent Chiraphat Pochanaphan explained to the Gazette this afternoon that the critical parts of the police investigation had been completed.

“The main part of the investigation has been done and submitted to the Public Prosecutor, including the gathering of evidence regarding the electrical short that started the fire,” Col Chiraphat said.

He added that his officers’ investigation included the questioning of Provincial Electricity Authority (PEA) Patong officers.

Atipong Thongyon, the chief of the PEA Patong office, on August 18 – the day after the fire – refuted allegations that the blaze was caused by an exploding transformer.

However, Col Chiraphat told the Gazette today, “Experts have confirmed that even if there were a lightning strike at that time, it would not have caused the electrical short. The electrical short that started the fire started entirely independently.”

“We expect to have those witness statements ready soon and we will hand them over to the Public Prosecutor as soon as we have them,” he added.

Thamrongsak Boonrak, Legal Counsel for Tiger Discotheque, confirmed to the Gazette this afternoon that police have charged Tiger Group CEO Piya Isaramalai and Sara Entertainment Co Ltd, the company that runs Tiger Discotheque, with negligence causing death and physical and mental injury to others and with trading after hours.

“As the case lawyer, I have submitted a letter to the Public Prosecutor appealing for a fair investigation into any allegations of wrongdoing, which include claims relating to trading after hours, the electrical short [that experts believe started the fire], flammable materials used throughout the nightclub and modification of the building’s structure,” he said.

Asked about the future of the fire-gutted building, Mr Thamrongsak replied, “We have received a letter from Patong Municipality saying that the ground floor can be used, but the top floor must be pulled down.

“We are going to clean up the mess and make it a shopping plaza for now, so people can rent stalls there and sell items. We expect it will be ready for vendors to rent stall sites by the coming new year,” he said.

“We have yet to decide what business will eventually replace the Tiger Discotheque,” Mr Thamrongsak added.