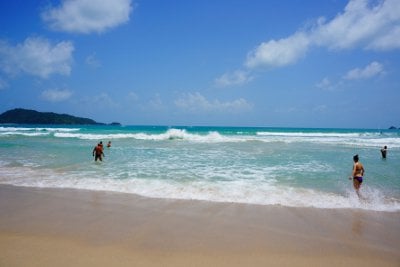 PHUKET: Phuket Police suspect that an underlying medical condition led to the drowning of a 69-year-old Russian tourist off Patong Beach yesterday morning.

Patong Police Capt Teerasak Boonsaeng was informed at 10:30am that a body had been recovered by a jet-ski rider from the water off just north of Loma Park.

“The tourist’s body showed no signs of violence,” said Col Chriaphat, adding that they believe the man had been dead for over an hour before being brought ashore by the jet-ski.

“Our investigation has revealed that the man, Mikhail Bogdanov, arrived in Phuket on November 13 and planned to leave on November 23.”

Col Chiraphat said that Mr Bogdanov left his hotel on Prabaramee Road alone to go swimming. He tried to swim back to the shore but did not make the beach.

“At this point, we believe he suffered an attack from a pre-existing medical condition, or that he passed out while in the water,” he said.

Brit Aldhouse to be extradited to Phuket