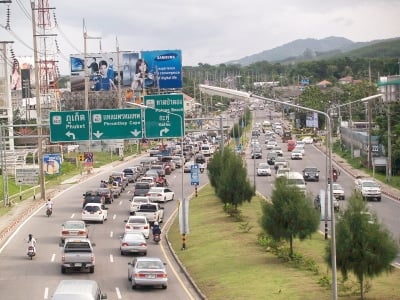 PHUKET: The lane closures to make way for the construction of Phuket’s first underpass in front of the Phuket Central Festival shopping mall has been postponed for two days.

Originally planned to commence on Wednesday (tomorrow), Italian-Thai Development project managers confirmed to the Phuket Gazette today that the start had been delayed intentionally to prevent mid-week traffic congestion.

“As a result of a meeting with Phuket City Police and Phuket Highways Office, we have decided that the work should start on Friday,” he said.

“Ital-Thai is ready to start the work, but at the meeting we agreed to start work on Friday rather than during the working week.

“The authorities are concerned how it would affect the rush-hour traffic during the week,” Mr Narong added.