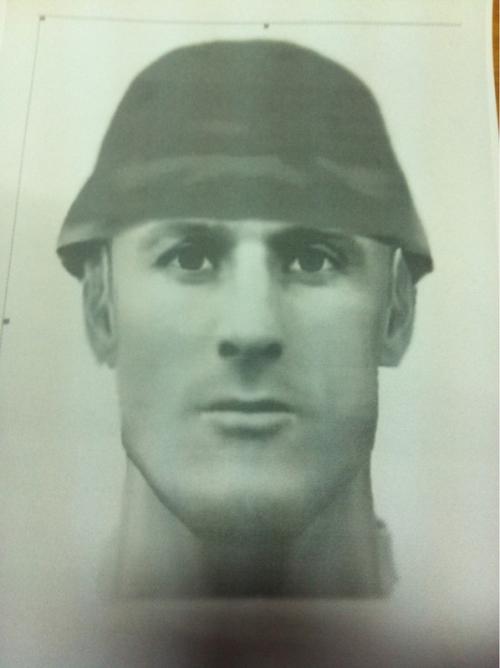 PHUKET: Police today released a composite image of one of the two men wanted for the robbery of the guests’ safe boxes at the Karon Place Hotel, on Phuket’s west coast, in the early hours of Monday morning (story here).

An arrest warrant has been issued for the man, Phuket Provincial Police Deputy Commander Col Arun Kleawwatee told a press conference this afternoon, adding that the suspect goes by many aliases, including Robert, Michael, Tony and “Mr Pheilpes” (sic).

“The image is of the man who was seen breaking into the lockers. We are still working on the composite image of the other man,” Col Arun said.

The sketch was derived from CCTV images captured during the robbery, and on the description given by Siam Kamya, the front desk/night guard on duty when the robbery took place.

“The image is of the man seen breaking into the resort’s safe boxes,” Col Arun said.

Police were notified of the robbery by hotel manager Keerati Prugsathammamowit at 5:30am on Monday.

“Mr Keetri said robbery took place between 3am and 5am that day,” Col Arun explained.

Mr Kamya, the staffer allegedly drugged by the two foreigners in order to carry out the robbery, regained consciousness to see the wanted man breaking into the lockers while the other kept lookout, he added.

“After seeing Mr Kamya had woken, the man breaking into the boxes went into the manager’s office and stole the CCTV recording machine. The CCTV images we have were stored on another machine,” Col Arun explained.

“We are also continuing the search for the other robber,” he said.

“Anyone with information that may help lead to the arrest of either man is urged to contact Phuket Provincial Police at +66-76-369-140,” he added.