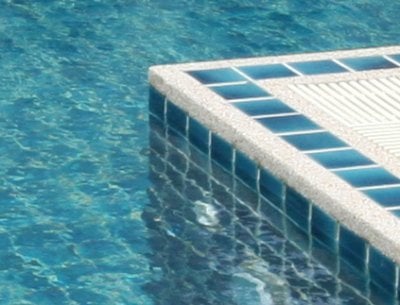 PHUKET: Police are not continuing their investigations into the drownings of two tourists in swimming pools at two separate luxury resorts in Phuket last week.

The two unrelated incidents, which both involved newly arrived tourist couples, occurred in Nai Harn, in the south of Phuket.

The first drowning occurred on October 6 at a resort at the north end of Nai Harn Beach.

Chalong Police identified the victim as Kan Chen, 28, who they believe died in the pool sometime after 11am.

Mr Chen, an aircraft engineer, had arrived on Phuket with his fiancee, Kan Liu, the previous day.

Before the incident, the pair had spent a couple of hours swimming at Nai Harn Beach before returning to the resort at about 11am, Ms Liu told the Chalong Police, according to their case report.

Back at the resort, Ms Liu went the bathroom as Mr Chen walked in the direction of the swimming pool. When Ms Liu returned to the pool she saw him standing in the chest-high water.

Ms Liu entered the pool and was swimming when she noticed that Mr Chen had stopped moving and was floating on the surface of the water with his head entirely submerged, as if he was about to swim underwater. Ms Liu realized that something was wrong and shouted for help.

Mr Chen was pulled out of the swimming pool and a fellow tourist attempted emergency resuscitation. The effort to save Mr Chen’s life continued with responding hospital staff maintaining cardiopulmonary resuscitation (CPR) for an hour.

Despite their efforts, Mr Chen was declared dead on arrival at Vachira Phuket Hospital.

Lt Col Boonlert Onklang of Chalong Police said that he had been told by Ms Liu that her fiancee worked for General Electric in China and was subject to annual health checks.

“There would appear to be no medical history to suggest ill-health. However, the family is not questioning the cause of death, which was named as ‘drowning’ by the Vachira Hospital staff,” said Col Boonlert.

“Because of this, we will not continue our investigation,” he added.

“They checked into a pool villa… in Nai Harn at about 3pm,” said Capt Chianchai Duangsuwan of the Chalong Police.

They went out to Patong that evening and returned to their villa at about 1am Tuesday, he explained.

“They were having drinks in their villa next to their private pool. Mr Huang left to have a bath leaving a drunken Mrs Chen sitting alone,” he said.

When Mr Huang returned a short time later, he discovered his wife floating face down in the 140-centimeter deep pool.

Efforts by resort staff to revive Mrs Chen were unsuccessful, and her body was taken to Vachira Phuket Hospital for examination.

Capt Chianchai suspects that Mrs Chen either fell or jumped into the pool, and then drowned due to the effects of excessive alcohol consumption.

An officer at the International Department of Vachira Hospital Phuket said the Mrs Chen will be cremated at Wat Saensuk, in accordance with her family’s wishes.