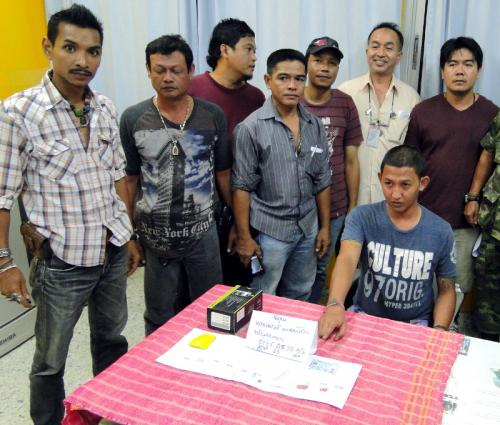 PHUKET: Phuket Police have busted a man with methamphetamine crystals and pills, worth an estimated street value of one million baht, taped to his foot while they were making routine stops at a road checkpoint.

Narong Pongkornsopha, a 35-year-old resident in the neighboring area of Pa Klok, was stopped at the checkpoint to the south of the Heroines’ Monument at about 4:30am

“Mr Narong was on his motorbike when we asked him to stop. We searched him and found 45.75 grams of ya ice [crystal methamphetamine] and 23 ya bah [methamphetamine] pills in bags taped to one of his feet,” Police Deputy Superintendent Amnuay Kraiwootthinan said.

Lt Col Amnuay estimated the drugs to have a street value of about one million baht.

“Mr Narong was charged with possession of drugs with intent to sell and is now being detained in the holding cells at Phuket Provincial Court,” Col Amnuay added.