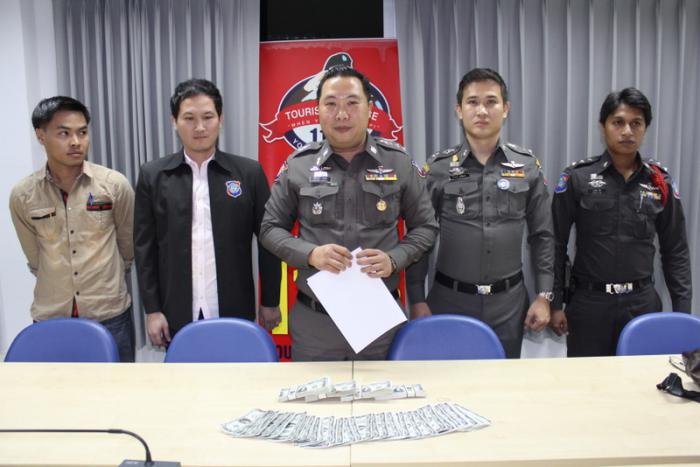 Wachirawich Janjaroenchaisin, 40, was arrested during a sting operation after police received a tip-off that someone was trying to exchange US$10,000 bank notes on the island.

“Officers pretended to be exchange brokers and made an appointment with the suspect at Black Canyon in Central Festival Phuket,” said Deputy National Commander Supaset Chokchai of the Tourist Police.

After the suspect presented 482 US$10,000 bank notes, the police revealed themselves and examined the bank notes. They quickly noticed that the bills named the Northern California city of “San Francisco” as “Nan Francisco”.

“We contacted the United States embassy for additional help. The embassy confirmed that the notes were counterfeit and that the US$10,000 bill had not been produced for public use since 1936. Its only use today is for bank-to-bank transactions,” explained Col Supaset.

Mr Wachirawich said he was exchanging the money for someone else for a fee of three baht per dollar.

“This is the first time we have found US$10,000 bills in Thailand,” said Col Supaset.

The suspect was charged with possession and use of counterfeit US dollar bank notes. Police are now searching for more suspects.