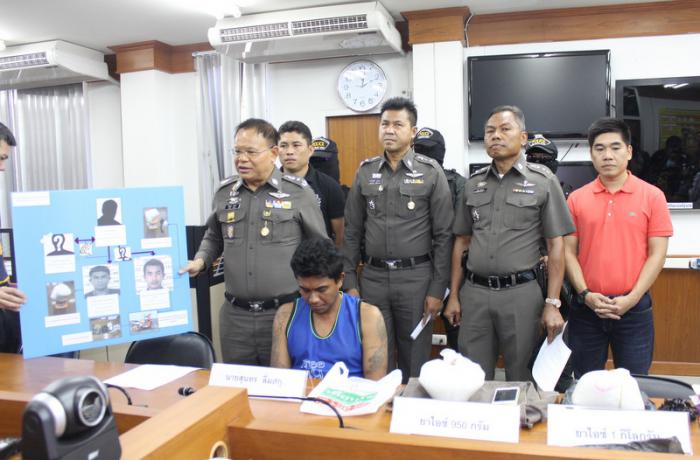 PHUKET: Phuket Police on Friday arrested a drug courier with 950 grams of ya ice (crystal methamphetamine) and began a search for a drug dealer who fled from officers, leaving behind one kilogram of ya ice and a motorbike near Srisoonthorn Temple.

“Officers searched the bus identified by Mr Kee when it arrived at the Tah Chat Chai checkpoint and found Soonthorn Limsakul, 37, sitting in the back of the bus with a bag of ya ice on the floor next to him,” he said.

Mr Soonthorn told police that he was offered 10,000 baht to take a bag dropped by an unknown person at Khok Kloi Bus Station in Phang Nga and transport it to Phuket, where it would be picked up by someone else, Lt Gen Panya explained.

“The suspect was charged with possession of a Category 1 drug with intent to sell. Officers will question the suspect to obtain more details about the drug network he was working for,” he added.

Meanwhile, police carried out a sting operation to take down a drug dealer who unwittingly agreed to hand over one kilogram of ya ice to undercover officers stationed at Srisoonthorn Temple on Thepkrasattri Road.

“Officers were staked out at the temple when the drug dealer approached on a Honda Scoopy-i,” said Lt Gen Panya.

“As soon as the hidden officers made their move to arrest the suspect, he fled into the darkness, leaving behind the motorbike and the drugs.”

The suspect, Yuranan “Kae” Srisawat, borrowed the motorbike from a woman who police declined to name.