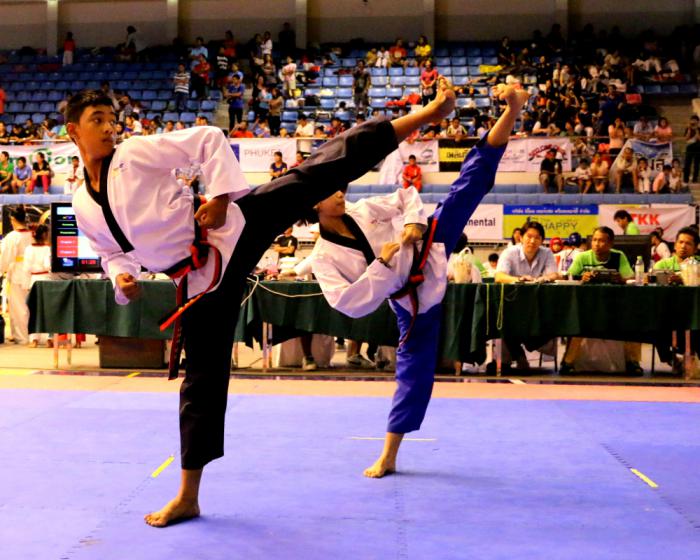 PHUKET: The 2nd annual Phuket International Tae Kwon Do Championship saw 689 fighters from 43 teams face off against each other at the indoor sports stadium in Saphin Hin last Saturday.

The all-day event was organized by the Tae Kwon Do Dragon Club Gym and supported by Phuket Provincial Administration Organization and the Sports Authority of Thailand.

The event, attracting competitors from throughout southern Thailand, was honored by Phuket Vice Governor Somkiet Sangkaosuttirak who attended the opening ceremony.

Don’t pay money under the table, fight it in court – says Employment chief