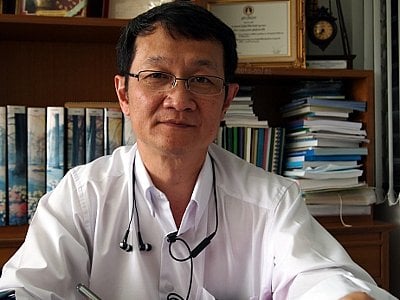 PHUKET: Phuket has the third-highest reported incidence per capita of HIV/AIDS in Thailand, with Patong having one of the highest concentrations of people in the province contracting the virus, the Health Office has revealed.

“The current statistics for HIV/AIDS-infected patients in Phuket is quite shocking,” Dr Wiwat Seetamanotch, Deputy Director of the Phuket Public Health Office, told a recent meeting of high-level health officials.

Payao and Chantaburi are the only two provinces in the Kingdom with more, he added.

Within Phuket, the areas with the highest incidence of HIV/AIDS were Patong, Kathu, Rassada and Phuket Town.

“The age range of people with HIV/AIDS in Phuket is 25 to 40 years old. Ninety-three per cent of them were infected through unprotected sex, many through having sex with a random partner,” said Dr Wiawat.

A further three per cent contracted the anti-immunodeficiency virus by sharing needles when using drugs, he added.

Most of the cases reported to the Phuket Health Office were daily-wage laborers.

The recent meeting was called to develop a campaign to counter the spread of HIV/AIDS in Phuket.

First on the agenda is a public-awareness campaign.

“The Health Office will launch a campaign so people understand the significance of the problem. Practicing safe sex and not having sex with random partners will be part of the campaign,” he said.

People already suffering from HIV will be given access to anti-retroviral medication, he added.

“We have always been working to fight the spread of HIV/AIDS, but the latest statistics indicate that we need to do more.

“HIV/AIDS is one of the big problems in Thailand. We will do anything to reduce the rate of new infected cases,” Dr Wiwat added.