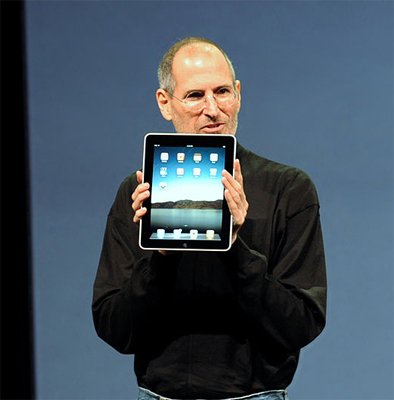 In a statement, Apple’s Board of Directors confirmed the passing of Jobs. “Steve’s brilliance, passion and energy were the source of countless innovations that enrich and improve all of our lives,” the statement said. “The world is immeasurably better because of Steve.”

It added: “His greatest love was for his wife, Laurene, and his family. Our hearts go out to them and to all who were touched by his extraordinary gifts.”

The winner of the pre-tournament Thanyapura Tennis Challenge 2011, on October 14-16 at the same venue, will gain a wild card for the ITF event.

With prize money of US$10,000, the men’s ITF competition is set to attract leading international and Thai pros who play on the satellite circuit.

Both tournaments will be played on state-of-the-art Plexicushion tennis courts, also used at the Australian Open.

TSLC vice president David Roberts said being granted an international tournament is a testament to the club’s commitment to developing world-class facilities for both professionals and amateurs.

“It is an honour to host Phuket’s first ITF event at the Thanyapura Sports and Leisure Club,” Roberts said. “These satellite tournaments are a breeding ground for young tennis players to learn about the rigours of life on the tennis circuit and I am sure it will be the start of a long relationship between the ITF and the TSLC to promote the sport in Phuket and attract more players to their circuit.”

The tournament is sponsored by the Phuket Gazette.

The death toll as a result of the listeria outbreak in the United States has risen to at least 18, according to a new report released on Wednesday by the Centers for Disease Control and Prevention (CDC).

The CDC has recorded some 100 cases in 20 different states with the most deaths being documented in the states of Colorado and New Mexico, where five people have died in each state. Other states which have reported deaths include Texas, Oklahoma, Nebraska, Missouri, Maryland, and Kansas.

The FDA had previously issued a press release on September 14 to announce that Jensen Farms issued a voluntary recall of its Rocky Ford-brand cantaloupes after being linked to a multistate outbreak of listeriosis.

However, even though the recalled cantaloupe should be off store shelves, additional people with the illness may be reported because of the time lag between diagnosis and laboratory confirmation. In addition, it can take up to two months between eating contaminated food and developing listeriosis, meaning that further cases may continue to appear in coming months.

The CDC has especially warned older adults, persons with weakened immune systems, and pregnant women as being more vulnerable to the disease, warning all consumers not to eat Rocky Ford-brand cantaloupes. However, the agency noted that cantaloupes which are known to not have come from Jensen Farms are safe to eat.

Listeria is a serious bacterial disease with a mortality rate of over 25 percent and is usually acquired through consumption of contaminated food, as is the case in the current outbreak.