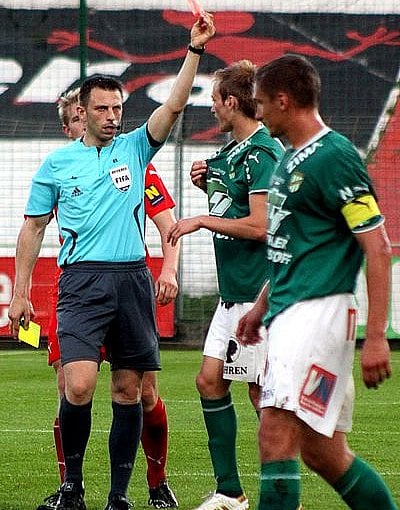 PHUKET: “The introduction of goal line technology would hinder the game’s free flowing nature and undermine the referee’s authority.”

Alex Horne, general secretary of the English Football Association, yesterday indicated that it may be possible to introduce video technology by 2013/2014, but interrupting the game’s tempo and reducing the referee’s control were arguments to be considered.

Here’s an argument for you Alex: Three officials on the pitch and they still get blatantly obvious decisions wrong. They make these horrendous errors while thousands see the replay moments later and become targets for abuse as a result – not having the technology undermines their authority.

Conduct a time and motion study on how much time is wasted by these issues as compared to “was it a goal or not”?

The introduction of video technology and the threat of post-game citations will enhance the referee’s authority to be unquestioned and respected.

Video technology was introduced to reduce the hooligan element in the stands – it’s now time to allow this same process to reduce this element on the pitch.