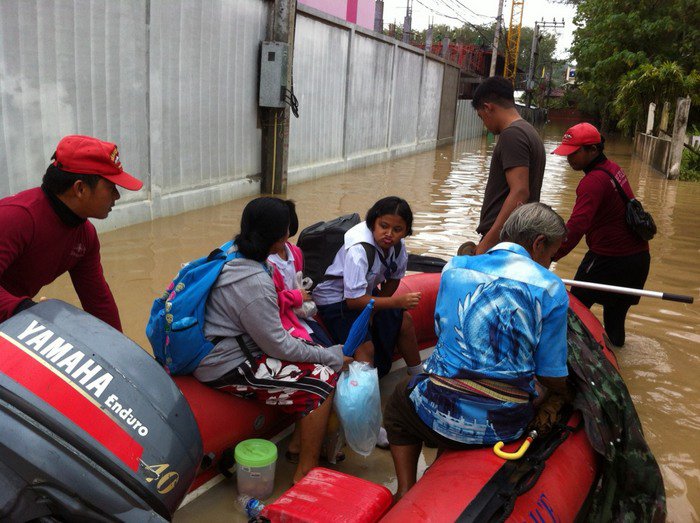 PHUKET: The Phuket Marine Police were in the boat-taxi business for three days as they helped Nai Yang residents get from their homes to work this week.

“The floods were very bad in the area, so we started taking residents from their homes to dry land so they could go to work, and then back to their homes in the evening,” Phuket Marine Police Chief Panya Chaichana told the Phuket Gazette yesterday. “We started the project on August 11, and have been at it for three days.”

About 270 households were affected by the flooding.

As of yesterday, the deepest flood areas were about 50 centimeters. However, Lt Col Panya told the Gazette that he expected the water to have drained by today.

Late last week, about 50 households in Baan Nai Yang were inundated with about a meter of water. The Phuket Provincial Electricity Authority (PEA) had to shut down power to the affected area to prevent accidents (story here).

A weather warning for heavy rains, flash floods and landslides remains in effect until the end of today (story here).