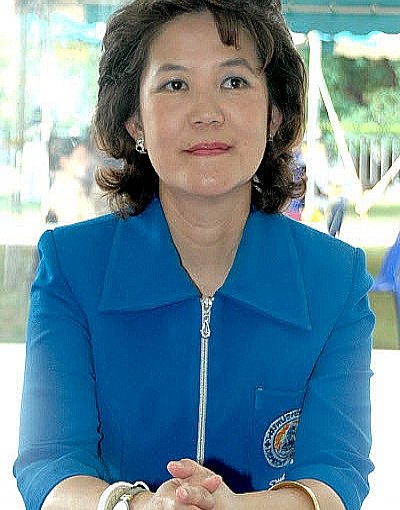 PHUKET: Phuket Democrat MP Anchalee Vanich-Thepabutr will defend herself in Parliament against allegations that she gave medical packs meant for flood victims to her own constituents going on the Haj in a bid to boost her support.

Pheu Thai spokesman Phromphong Nopparit said the party would this week lodge a complaint with the Election Commission against MP Anchalee, the Thai-language daily Post Today reported on its website yesterday.

Mr Phromphong said that members of the public in Phuket and Phang Nga had complained that Mrs Anchalee had commandeered from the Government Pharmaceuticals Office medical packs meant for flood victims, and had distributed them to Muslims going on the Haj instead.

On the inside of the lids of the boxes was written: “With best wishes, Anchalee Vanich-Thepabutr, Member of the House of Representatives for Phuket Province”, Mr Phromphong claimed.

The spokesman said that Mrs Anchalee’s alleged actions were inappropriate, adding that even those who received the packs felt that way.

Mr Phromphong said Mrs Anchalee, who was secretary-general under former prime minister Abhisit Vejjajiva, had taken public property and distributed it in order to boost support for herself as MP.

She had also interfered in the business of the Ministry of Public Health [of which the GPO is a part], he said.

Mrs Anchalee had neglected the needs of those suffering in the floods who needed drugs, he added.

As a result, Mr Phromphong said that he would lodge a formal complaint with the EC stating that Mrs Anchalee had violated Article 266 of the Constitution.

“The Democrat Party is investigating the government’s disaster supply bags and is asking for a no-confidence debate,” he said. “But today the pot is calling the kettle black. Although this issue might look small, it shows [their] true colors.”

“I want Mr Abhisit himself to help explain Mrs Anchalee’s actions,” he added.

Contacted by the Gazette today, Mrs Anchalee’s secretary in Phuket said Mrs Anchalee was unable to personally give any comment because she was in Bangkok.

Mrs Anchalee is preparing evidence to explain the matter to the Democrat Party, the secretary said.

Mrs Anchalee will answer questions in Parliament about the allegations on November 27, she added.