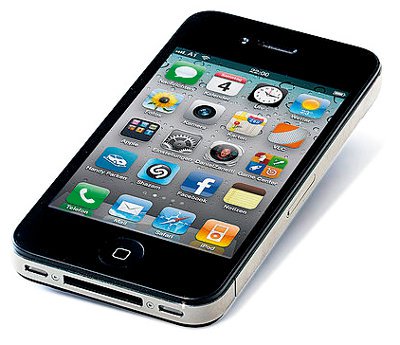 PHUKET: The easiest way to get 3G service in Phuket involves a trek to the True office in Phuket Town, in the little building in front of Robinson’s department store. There you will find several people who understand 3G (believe me, that’s quite an accomplishment), and they’ll set you up with 3G service.

If you already have a True SIM card, and a dongle, 3G iPad or 3G capable smartphone, you only need to enable the 3G service from True. You can keep your old phone number.

3G will run about 800 baht per month, in addition to your regular phone charges. But you’ll be limited to three gigabytes in total data transmission during any particular month. If you go over the allotment, True automatically drops you back to plain old everyday GPRS service, which is painfully slow.

Three gig is enough for moderate web surfing and email work, but won’t even scratch the surface if you download torrents or movies.

If you don’t have a True SIM card or dongle, the folks at the True office will sell you what you need to get going.

It’s best to bring your computer, iPad or smartphone, to make sure they get it right. iPads require a half-height SIM card, but the people at the True office have sharp scissors.

Bring your passport and your work permit, if you have one. If you don’t have a work permit, and you aren’t Thai, bring a Thai national with you so they can sign as guarantor on the account.

I’m amazed – stunned – that so many people buy 3G iPads and don’t realize that they need to go to True in order to get the 3G part to work. In my experience, most 3G iPad owners don’t realize that 3G only works on the extreme west coast of the island (although it works all over Bangkok).

The same comment applies to people with 3G phones, including the iPhone.

To reinforce the point: 3G is a waste of money unless you’re on the west coast of Phuket, or you travel a lot to Bangkok – or outside of Thailand, where 3G is readily available, almost everywhere.

I use the term “3G” in this column because it’s the common term, but it is very misleading. In fact, the technology is called “HSPA”.

There’s a phone company on the island that insists on calling its service “3G” even though the service won’t work with 3G iPads, iPhones, 3G smartphones, or 3G dongles.

That company is CAT.

The powers-that-be at CAT insist upon advertising their CDMA/EV-DO service as “3G”.

Why? Because the CAT “3G” is CDMA/EV-DO, it isn’t HSPA. They’re completely different technologies. Different networks. You can call a salaeng a Bugatti, if you like, but that doesn’t make it roar.

So the next time you see an ad for CAT “3G” in a newspaper or on the side of a tuk-tuk, you have my permission to shake your finger at the offensive copy and wonder how many people have wasted their money on something that doesn’t – indeed, can’t – work.

Wondering how to avoid wasting your money on technology that doesn’t work? We talk about mobile phones, iPads, Internet access, TVs, and even some PC and Windows stuff, every week at the FREE Computer Clinics.

Hard to believe, but we’re coming up on the fourth anniversary. On June 5 we’ll have a Computer Clinic at the Sandwich Shoppe in Patong, opposite Patong Language School.

June 12 marks our fourth anniversary, and we’re planning a whole bunch of special stuff for the following week – Sunday, June 19 – at the Sandwich Shoppe in Chalong.

Computer Clinics run on Sundays from 10am to noon. They’re free, sponsored by the Phuket Gazette and Khun Woody’s Sandwich Shoppes. Everybody’s welcome, even if you can just barely spell “PC”. Bring your questions and don’t be bashful!

Live Wire is Woody Leonhard’s weekly snapshot of all things Internet in Phuket. Woody’s a Senior Editor at Windows Secrets Newsletter, and is Senior Contributing Editor at InfoWorld. He’s written more than 40 computer books, including Windows 7 All-In-One For Dummies.

Phuket expats urged to ask visiting friends to insure themselves