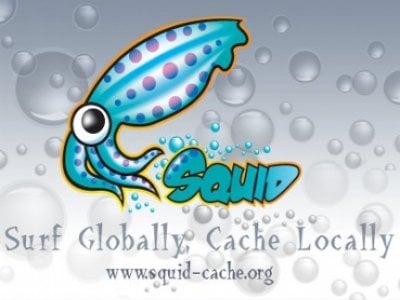 PHUKET: Understanding the changing tide of internet speeds on Phuket is easier said than done.

Everybody wants to know how fast their internet connection is running, and what they can do to speed it up. Fortunately, internet speeds in Phuket have been improving – dramatically in some cases.

The general SOP level (“Screams Of Pain”) this year, compared to two or three years ago, has subsided. In short, internet Service Providers in Phuket (3BB, True, CAT, TOT, Island Technology, iPStar, and various Cable TV companies) are doing a reasonably good job of providing internet service. If you’re not happy with your service, vote with your pocketbook: there’s never been more, or better, options for internet than you have right now.

Of course, that begs the question: Which internet service in Phuket is best – fastest, most reliable, cheapest? Predictably, there’s no simple answer.

People in Phuket have been measuring their international download speeds using a simple, consistent test since January 2008. We now have almost 20,000 observations at phuketinternetspeed.com and you can see any or all of the data there, any time. It’s an invaluable reference for people who are looking at internet options, for people who want to complain about their internet service, and for the ISPs themselves to see “real world” checks of their service levels.

Times are changing, and we’re about to change the speed test to make it better reflect reality. To understand what’s happening, I need to explain a technique called “cache” (pronounced “cash”).

The computer industry is full of examples of different components operating at vastly different speeds. Your CPU chip, for example, runs very quickly. The memory chips that hold the data for the CPU chip are considerably slower. And hard drives are yet another order of magnitude slower than main memory.

A cache is a location set aside in a faster area that’s used to manipulate data from a slower area. So, for example, a CPU cache is a very fast location next to the CPU that sucks data from memory chips, serves the data to the CPU, then returns any changed data back to the slower memory chips, as needed. A big CPU cache can speed up the overall operation of a PC by an order of magnitude or more. Caches work.

In Phuket (indeed, in all of Thailand), some Internet Service Providers (ISPs) are starting to use caches to minimize the number of times the ISP has to run overseas to retrieve a web page. In theory, here’s how it works: the very first person who surfs to a specific web site – say, bbc.com – forces the ISP to run to the bbc.com website to retrieve the page. It takes time to pull the whole bbc.com page from the UK and put it on your PC.

Some ISPs are smart enough to store that copy of bbc.com in a web cache, located in Bangkok, before sending it on to the user. That way, when the next person asks to see bbc.com, the ISP doesn’t have to run all the way to UK to get it. There’s a quick check to make sure the page hasn’t changed (it’s complicated; details can be found at is.gd/CH7AFT), but most of the time, the ISP doesn’t have to spend the time – or the money – to pull the data from the UK; it just uses the copy sitting in the cache in Bangkok.

In Live Wire next week, I’ll explain how caching has changed both the way we’re getting data from international locations, and the validity of our speed tests. I’ll also introduce you to a new speed test that we’ll roll out shortly, to level the playing and reporting field a bit.