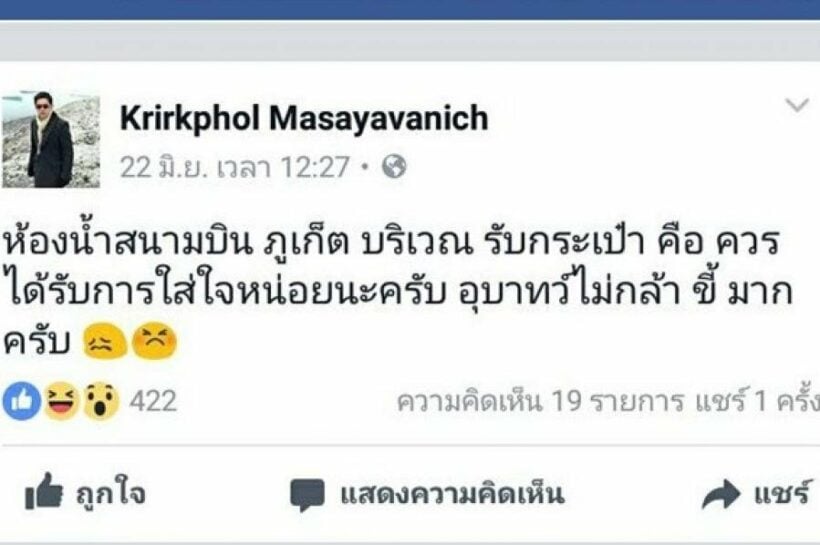 PHUKET: Well known Thai actor Krirkphol Masayavanich has taken to Facebook to tell airport management that he’s not happy their toilets. Translated from Thai, the complaint reads: “The toilets [at the airport] are in serious need of attention. So dirty and stink terribly. I can’t even take a [xxit]!”

Recently appointed Airport Director Petch Chanjaroen told the Phuket Gazette this morning that he had not seen the Facebook post yet. However, he emphasized that the airport’s domestic terminal is very old and apologized for its current condition, saying that he would nevertheless make it better.

“Since I was placed in charge here [on June 12], I have ordered the airport cleaners to pay more attention to every toilet in the airport, including both the domestic and international terminals,” he said.

Earlier this month the airport came under harsh criticism when a collapsed ceiling put a passenger in hospital with serious cuts and bruises. See story here