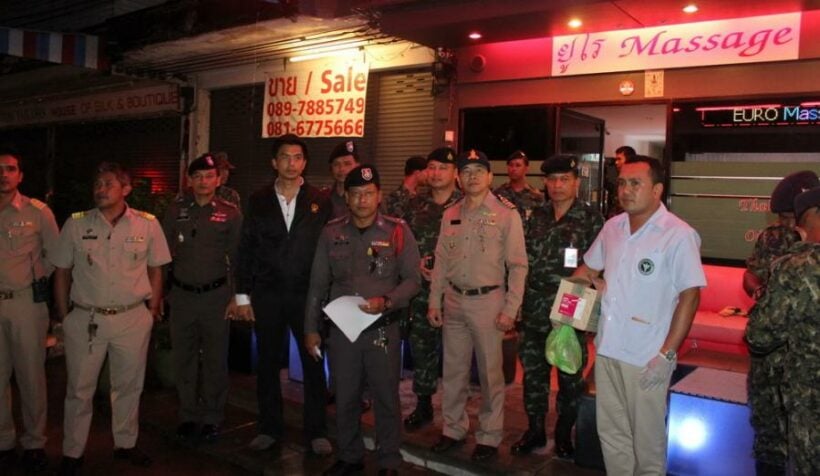 PHUKET: Following an order by Phuket Governor Norraphat Plodthong, a ‘task force’ of 100 police and soldiers raided 16 massage venues in and near Poonpol Night Plaza last night. The raids were led by Capt Bhavorn Promkeawngam.

The purpose of the operation was to suppress illicit behavior, including possession of drugs, working without a permit and human trafficking.

All were taken to a police station for questioning.

“The personnel in every shop were urine-tested for drugs, with none found. Everyone was clean and no prostitution was found either,” Capt Bhavorn told the Phuket Gazette.

Opposition party threatened with boycott over comments about “haircut” teacher

Man dies in collision after car bursts into flames