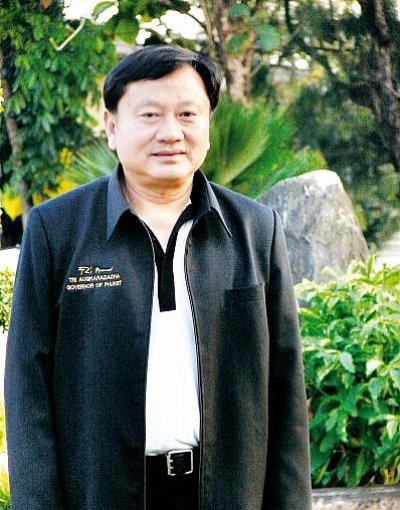 PHUKET: The Governor’s Office today said they could neither confirm nor deny rumors that Phuket Governor Tri Augkaradacha will be transferred out of the province this month.

“Our office has yet to be informed of any transfer orders regarding the governor or his deputies,” Manas Nurak, personal secretary to Governor Tri, told the Phuket Gazette.

“The central government in Bangkok has not announced any transfers yet. Right now they have their hands full with the flooding situation,” he said.

October 1 marks the beginning of the Thai fiscal year. Government ministries, including the Interior Ministry which appoints governors, typically announce transfers and promotion orders at this time of year.

“We expect to be notified at the end of this month or the start of November,” said Mr Manas.

However, Mr Manas did confirm that the governor will not be retiring from civil service this year.

The mandatory age for government officers to retire is 60, and Governor Tri celebrated his 60th birthday on October 7.

However, Mr Manas explained, “As his birthday is after October 1, he will not retire until October 2012.”

In his “Letter from the Governor” column published in the Phuket Gazette, Governor Tri in July also dismissed rumors that he would be transferred for reasons related to the Pheu Thai Party’s winning of the general election on July 3.