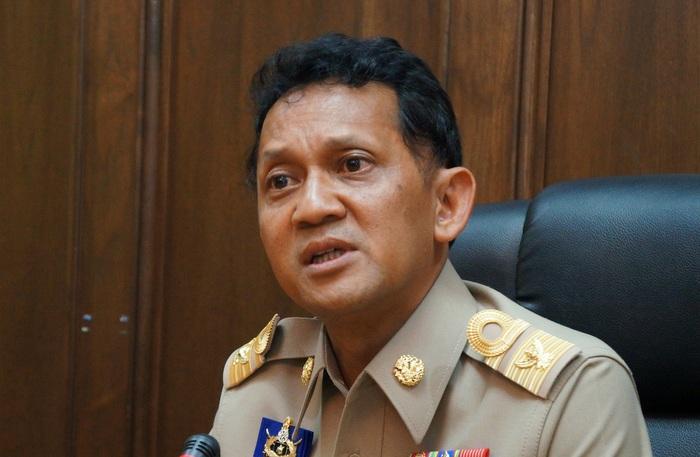 PHUKET: Additional security measures were put in at key locations on Phuket today, following the governor’s emergency meeting over a leaked memo stating that two Islamic State (IS) terrorists had been dispatched to Phuket.

“There is absolutely no need to panic. Phuket is not anyone’s enemy,” said Phuket Governor Chamroen Tipayapongtada. “Nonetheless, we have increased security measures at beaches, crowded community centers and other tourist attractions to ensure all Phuket visitors are confident in their safety.”

The UN Office on Drugs and Crime (UNODC) estimates that there are 700 to 1,000 foreign Islamist fighters in the Southeast Asia region, reported Reuters (story here).

“There is a definite connection between Southeast Asia and Syria,” UNODC regional representative Jeremy Douglas said today, adding that Thailand would need to work with its neighbors to deal with the threat. “It’s very plausible that foreign fighters could transit through Bangkok to and from the Middle East.”

A leaked memo, dated November 27, cited information from the Russian Federal Security Service that detailed ten Syrians linked to IS entering Thailand in October to attack Russian interests. The memo goes on to say that two of them were dispatched to Phuket. However, Santi Udomkiratak, the Russian Federation Deputy Honorary Consul to Phuket, told the Phuket Gazette that he and some Thai officials had been aware of the security concern in October (story here).

Police had not received warnings about IS activity from any other foreign intelligence agency, Deputy Police Spokesman Songpol Wattanachai told Reuters, adding that police had no information about their whereabouts, identity or possible targets.

“At this stage, there is no clear evidence that Phuket will be targeted by terrorists,” Phuket Provincial Police Commander Teeraphol Thipjaroen said. “However, to ensure everyone’s safety, we are coordinating our efforts with the Royal Thai Navy, Internal Security Operations Command, Immigration and other relevant offices and agencies.”

“The media must also due its part by reporting only the facts,” he added.