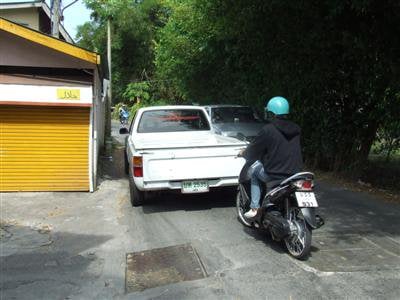 PHUKET CITY: Phuket’s Governor continues to push for new road projects on the island, the latest a ‘ring road’ though the east side of Phuket Town connecting Wichit and Rasada.

Governor Wichai Phraisa-ngop told a meeting of provincial department heads on Tuesday that he is hoping the controversial Klong Koh Pee (‘Ghost Canal’) Road project will get the green light soon.

Planned over a decade ago and partly completed at that time, the project has attracted controversy because it involves clearing protected mangrove forest that falls under the jurisdiction of the Royal Forestry Department.

Governor Wichai Phraisa-ngob in August said he met personally with PM Abhisit Vejjajiva to lobby for permission to build the road and that PM Abhisit looked favorably on his proposal.

However, Phuket City Municipality was asked to revise the environmental impact assessment (EIA) for the project. The revised EIA was sent to the EIA review panel in Bangkok on December 23. The board is scheduled to meet and discuss the EIA on January 22.

Governor Wichai said that if members of the EIA committee were familiar with the Klong Koh Pee area and the hardships local people suffer for lack of the road they would approve the project.

“If they lived here they would understand the four rai area [of mangroves] that will be lost for the road will be more than compensated for in terms of local economic development, fuel savings, residents’ attitudes and mental health. Local villagers and the students of the Chalermprakiat Somdejprasrinakarin Phuket School really need this road,” he said.

“We can plant 40 rai of new mangroves elsewhere to compensate for the four rai that will be lost. I am praying that the EIA passes the review committee and Cabinet approves the project,” he said.

If approved, the 600-meter stretch of road would be a key step towards creating a ‘ring road’ that would cut commuting time between Wichit and Rasada, he said.

The road would begin off Sakdidet Rd in Wichit, then connect to Saphan Hin using the new road.

Another section of road that would need a lot of work is the narrow lane that runs along Tongkah Harbour Public Company Limited landholdings, connecting Saphan Hin with Nimit Circle. Currently just six meters across, it is barely wide enough for two-way traffic..

Gov Wichai would like to widen this section of road to the same width as Sakdidet Rd, which has two lanes in each direction.

From Nimit Circle the ring road would run north past Hatchana Nivet Village on Anuphas Phuket Kan Road, then past the fire station on Ratsadanusorn Road, ending at Rasada Municipality.

“Property prices will increase and people will have a new route. At present the area near Tunka Harbor is full of crickets, reptiles and deserted houses. As long as I am around I will try to change the area for the better,” Gov Wichai said.

The area was formerly the site of major tin mining operations, the tailings from which were used to help create Saphan Hin, almost all of which is reclaimed land.

Phuket Town’s original coastline was in the area that is now home to Bang Neaw Shrine and Robinsons department store.

Phuket City Mayor Somjai Suwanasupana told the meeting she supports the idea of a ring road, saying it would improve traffic flow and tourism.