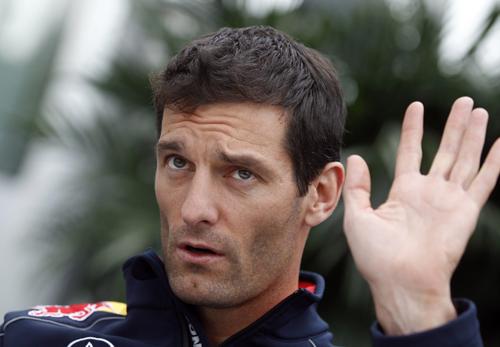 PHUKET: Red Bull’s Mark Webber will quit Formula One at the end of the season for Porsche’s new sportscar programme, the Australian announced today.

The 36-year-old spent 12 years in Formula One, winning nine races and twice finishing third in the championship.

Lotus driver Kimi Raikkonen, the 2007 world champion, is favourite to take over from Webber at Red Bull.

Webber decided to leave the competition for German company Porsche’s new sportscar programme, which would include Le Mans 24 Hours, despite having options to stay in Formula One, both with Red Bull and other teams.

“Porsche has written racing history as a manufacturer and stands for outstanding performance and technology at the highest level,” the driver said on his website (markwebber.com).

“I’m very much looking forward to this new challenge after my time in Formula 1. I can hardly wait to pilot one of the fastest sports cars in the world.”

Webber had spells at Minardi, Jaguar and Williams, before joining Red Bull for the 2007 season.

He had a testy relationship with the team of late as he felt he was not offered the same level of support as team mate Sebastian Vettel, including at this season’s Malaysian Grand Prix when the German ignored team orders not to overtake Webber to win the race.

Vettel subsequently apologised, but fell short of saying he would not repeat the move.

As well as Le Mans, which he has raced twice previously, Webber will compete in World Endurance Championship.

“I’m very pleased to have secured Mark Webber for our LMP1 project as one of the best and most successful Formula 1 pilots of our time,” Porsche board member for research and development Wolfgang Hatz said.

“Mark is without doubt one of the world’s best race drivers, he has experience at the Le Mans 24 hour race and on top of that he’s been a Porsche enthusiast for many years.”

Keep checking the Phuket Gazette’s Sports pages, join our Facebook fan page or follow us on Twitter for the latest local, national and international sports news.