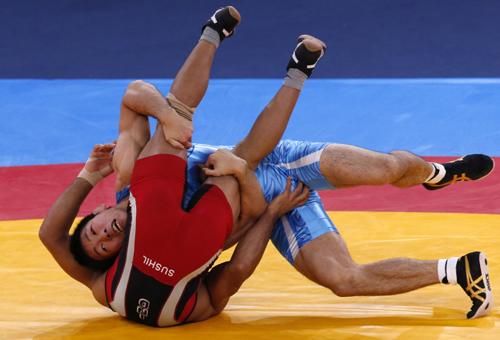 PHUKET: Juventus coach Antonio Conte has suffered much in recent months but coming away from the “hell” of a noisy and fervent Celtic Park with a 3-0 win in their Champions League last 16 first leg felt like an enormous relief.

The Italian champions, who again lead Serie A despite a recent wobble, were dominated by Celtic in the first half as the Scots besieged the Juve goal and harried every player as they were roared on by almost 60,000 passionate fans.

Juve took a third-minute lead through Alessandro Matri before weathering the storm to wrap up the win and their highly probable passage to the quarter-finals through Claudio Marchisio and Mirko Vucinic in the second half.

Conte, banned for 10 months in August for failing to report match-fixing at ex-club Siena before having his sanction slashed to four months in October, knows the second leg in Turin on March 6 should only be a formality but gave credit to Celtic.

“It has been a very important victory but also one where we suffered. Celtic are a great team when they play at home,” Conte told Italy’s Sky television.

“I didn’t play in a hell like this many times,” added the former Juve midfielder, who was in the team when they won their second European Cup in 1996.

“My lads have been superb, it was not easy to play in this atmosphere. We’ve managed a great result which proves this team has top technical and human values.

“Celtic are not, as a name, among the very best in Europe but it is not an accident that Barcelona lost here in Glasgow and that they eliminated Benfica (in the group stage) who are top of the Portuguese league.”

The furious pace of the first half and a number of player spats added to the electric atmosphere but Celtic manager Neil Lennon felt his side could have had at least two penalties with Stephan Lichtsteiner grappling with Gary Hooper at corners.

“I’d like to ask the referee is the game different in Spain and Italy? Every time my player moved in the area it was a foul,” he asked of Spanish referee Alberto Undiano Mallenco.

PHUKET: British and Irish Lions coach Warren Gatland believes picking too many English players for this year’s Australia tour could cause problems because of the extra media focus and their unpopularity among other nations.

The New Zealander, who won the Six Nations grand slam with Wales last year, takes charge of the combined side for the first time for the three-test tour and has been impressed by England in their last three matches.

“At the moment, England are playing well. They did well in the autumn, particularly the outstanding victory against the All Blacks and, if they do well in the Six Nations, there will be a reasonable contingent of English players,” Gatland told London’s Evening Standard newspaper in an interview published yesterday.

“But that brings a certain element of — how do I say it — other pressures that come with selecting a lot of English players. It becomes a much greater media focus from the English papers; potentially a negative focus from the Australian papers.

“English players are targeted by other countries. (They are) not always the most popular with other countries because of the history. People like having a pop at them.”

England lost to France in the 2011 World Cup quarter-finals after a tournament marred by tabloid stories of drinking, partying and dwarf-throwing, while centre Manu Tuilagi jumped off a ferry as a joke.

“It’s just being aware of potential issues that may arise,” Gatland added. “We all know what happened with England at the World Cup and the circus that was created.

“I’ve just got to be aware of the possibilities that, if there are a number of English players on the tour, the same sort of things could be instigated, through stings through the media or set-ups trying to create controversy.”

There was also further potential bad news for Samoa-born Tuilagi, with Gatland saying his coaching team have discussed whether players born outside Britain and Ireland really understand the magnitude of pulling on a Lions shirt.

“That’s a really interesting question. It’s something that we’ve touched on. These are the sort of things that come into consideration when you finally select the squad,” Gatland said.

He added that players like England’s Chris Ashton would not be excluded from the June and July tour for being too “gregarious”.

PHUKET: Wrestling was left in a state of shock after the International Olympic Committee (IOC) made a surprise recommendation to exclude the sport from the 2020 Games.

Contested in the first modern Olympics in 1896 and part of the ancient Games in Olympia, wrestling will now join seven other candidate sports battling for one spot in a revamped programme.

It is unlikely, however, that it will get a reprieve when the IOC session in Buenos Aires votes on the recommendation in September as this would defeat the purpose of Tuesday’s vote.

“This is not the end of the process, this is purely a recommendation,” IOC spokesman Mark Adams told reporters following an Executive Board meeting. “It is the session which is sovereign.”

“It was a decision to look at the core sports, what works best for the Olympic games. This was the best programme for the 2020 Olympics. This is not about what’s wrong with wrestling but what is good for the Games.”

The vote came as a major shock after other sports, including modern pentathlon and taekwondo, were seen as more at risk of losing out due to their low global appeal.

“FILA was greatly astonished by today’s recommendation of the IOC Executive Board not to maintain wrestling among the 25 core sports for the 2020 Olympic Games,” the international wrestling federation said in a statement.

It said the federation was represented in 180 countries, “with wrestling being the national sport in a fair amount of them and the only possibility for athletes to represent their country at the Olympic Games, thus contributing to their universality.

“FILA will take all necessary measures to convince the IOC… of the aberration of such a decision against one of the founding sports of the ancient and modern Olympic Games,” it said, adding it would meet next week to discuss its next steps.

Board members were given a report on each of the Olympic sports which provided details on 39 criteria such as popularity, finances, tickets sold, anti-doping and governance, before a secret vote.

“There were different rounds of voting necessary to come to this conclusion,” said IOC vice president Thomas Bach. “It is an extremely difficult decision to take.”

“I cannot look into the heads of my colleagues. Such a decision is never based on one single reason. It is always a series of reasons. Of course, different members take a different approach.”

“The common understanding is the purpose of this was to modernise, to look into the future of the Olympics,” added Bach, a potential IOC presidential candidate later this year.

The 15-member executive board needed four rounds of voting to decide on wrestling with pentathlon, hockey, canoeing and taekwondo also getting votes to be removed from the Games.