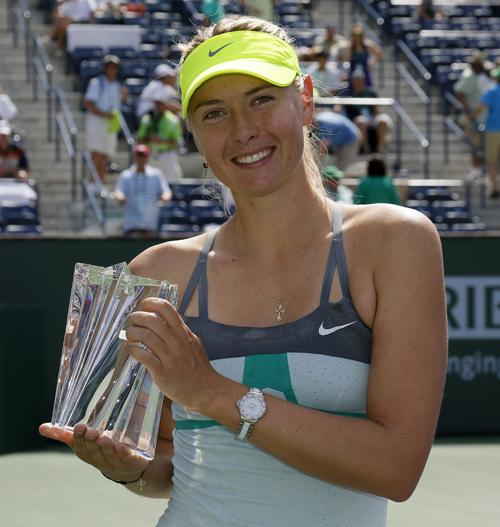 PHUKET: Frank Lampard scored his 200th goal for Chelsea as they beat West Ham United 2-0 to move into third place in the Premier League above Tottenham Hotspur who suffered a shock 1-0 home defeat by Fulham at White Hart Lane yesterday.

FA Cup semi-finalists Wigan Athletic remained in the relegation zone despite a last-gasp 2-1 win over Newcastle United and Sunderland continued to flirt with danger at the wrong end of the table after drawing 1-1 with Norwich City.

Lampard scored after 19 minutes to put Chelsea ahead against his old club before Eden Hazard wrapped up the points with a superb second goal.

Former Spurs striker Dimitar Berbatov scored after 52 minutes to give Fulham a rare victory at White Hart Lane and consolidate their place in mid-table.

With Manchester United 15 points clear at the top on 74 points, second-placed Manchester City are just four clear of Chelsea. Arsenal are fifth on 50 points, four behind Spurs, but with a game in hand.

Arouna Kone scored with virtually the last kick of the game to give Wigan victory over Newcastle and lift them to 27 points, three behind Aston Villa who are just above the bottom three.

Sunderland failed to win for the seventh league match in a row and are struggling on 31 points after being held to a 1-1 draw by Norwich City who had goalkeeper Mark Bunn sent off in the first half for handling outside the area.

Queens Park Rangers are bottom on 23, level on points with Reading and four behind Wigan in 18th.

PHUKET: Persistent rain and a pitch that offered the seam bowlers little assistance ensured the second test between New Zealand and England at the Basin Reserve ended in a damp draw when the final day’s play was abandoned without a ball being bowled today.

Much of yesterday’s fourth day was also washed out after lunch as intermittent rain showers swept across the Wellington region resulting in a near farcical situation as the umpires cleared the ground for play three times, only for the rain to return and force further delays.

New Zealand were 162 for two when match officials abandoned the day’s play with Kane Williamson 55 not out while Ross Taylor was on 41 after the pair combined for an 81-run partnership to thwart England’s bowlers.

The hosts were still 49 runs away from making England bat again after Alastair Cook had enforced the follow on when New Zealand were bowled out for 254.

The visitors, who had been asked to bat by New Zealand captain Brendon McCullum as he tried to exploit whatever advantage the pitch would provide, batted the hosts out of the match on the first day with Nick Compton and Jonathan Trott scoring centuries.

Despite Stuart Broad’s six for 51 in New Zealand’s first innings, none of the pace bowlers got much assistance from the pitch throughout the match, which frustrated England bowling coach David Saker.

“It probably makes the game more even, there’s no doubt about it. It makes it harder for the bowlers of both sides to prise out the wickets,” Saker told reporters.

“For the spectacle of test cricket it is not the greatest way. Anyone watching the game wants to see the ball bounce through, they want to see the batsmen play off the back foot more.

“Sometimes it’s a bit frustrating for the spectators”

PHUKET: Rafa Nadal added another triumphant chapter to his remarkable comeback when he came from a set down to beat Juan Martin Del Potro of Argentina 4-6 6-3 6-4 in the BNP Paribas Open fina.

The Spanish left-hander, who was sidelined for seven months last year with a left knee injury, overcame a gritty challenge from the hard-hitting Argentine to win his 53rd ATP singles title.

Nadal broke Del Potro in the third game of the final set and, after his opponent had saved three match points in the ninth, served out to seal victory after an absorbing final that lasted two hours 29 minutes.

The match ended with a mistimed forehand from Del Potro which floated wide and the Spaniard immediately dropped to the ground on his back in celebration.

It was Nadal’s third ATP title of the year after appearing in four successive finals, and his first on a hard-court surface since Tokyo in 2010.

PHUKET: Second seed Maria Sharapova won her first title since last year’s French Open with a 6-2 6-2 demolition of Caroline Wozniacki in the final of the woman’s BNP Paribas Open.

In a showdown between two former world number ones, the second-seeded Russian overpowered the Dane with a ruthless display, breaking her twice in each set to seal victory in one hour 21 minutes.

Sharapova played aggressively throughout with an array of deep groundstrokes and superb serving to claim her second title at Indian Wells after winning for the first time in 2006.

The 25-year-old Russian ended the match in champion style with a 109 mph service winner before raising both arms skywards in celebration.

“What makes it so special is when you end up as the champion, that’s why I am smiling,” a beaming Sharapova said courtside after extending her run of at least one WTA title each year since 2003.

“I really appreciate these moments. This is what I do all the work for. When you have days like this … it’s a really nice feeling because everything has paid off.”

The Russian world number three, a four-times grand slam singles champion, will rise to two when the rankings are issued on Monday.

Finland’s 2007 world champion made the most of having to make just two pit stops and was pulling away from his rivals, having just set the fastest lap time of the race, when he crossed the line 12.4 seconds clear of Ferrari’s Fernando Alonso.

“It was probably one of my easiest wins,” said the ‘Iceman’, cool as ever after a 20th career win that equalled the tally of retired double champion and compatriot Mika Hakkinen.

Sebastian Vettel, seeking to win his fourth successive world title this year, rounded out the podium in third place for Red Bull after struggling with tyre wear throughout the race.

The 25-year-old German had got away cleanly from pole position but the variety of strategies forced on the teams by the tyres and the pace shown by Red Bull’s rivals ensured this was never going to be a procession.

A few light showers contributed to an intriguing race but never threatened to disfigure it as top drivers engaged in fierce battles around the circuit and the lead changed hands with surprising frequency.

Seven cars led the race at one stage or other but after Raikkonen hit the front for the second time on lap 43, it looked like onl