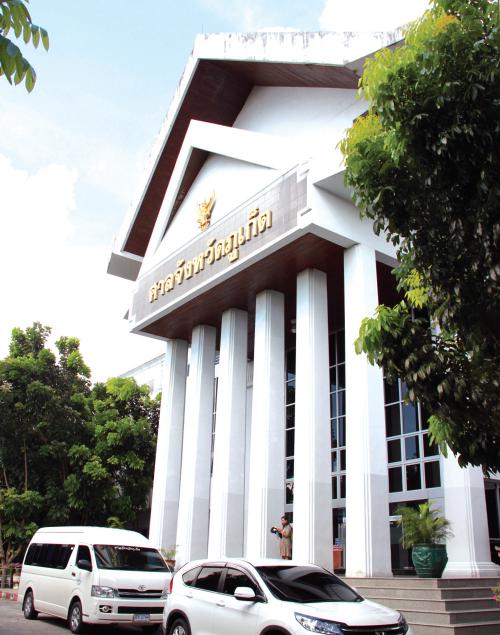 PHUKET: A Philippine national charged with working in Patong illegally was forced to wait in legal limbo for five months before her case was put in front of a Phuket judge.

In the meantime, she remained stuck in Thailand without a work permit, or legal way to support herself.

Melanie Beleno, 35, was arrested on July 4 when Immigration Police went to the Phuket Sira Boutique Hotel in Patong where she was working without a work permit.

Immigration officers handed her over to Patong Police, who confiscated her passport.

“I’d been working at the hotel for only a month when I was arrested along with a co-worker. They put us in jail and took my passport,” she said.

Someone from the hotel came to the police station and had the pair released, she explained.

In the intervening five and a half months, her trial date was postponed four times.

First scheduled to meet the Public Prosecutor and go to court on August 26, her appointment was pushed back to September 25, then October 25. Her latest appointment was for December 26, when she finally had the opportunity to appear before a judge.

“I asked to get my passport back, but they said I have to wait until the trial has finished,” Ms Beleno said on December 25.

The staff in the Prosecutor’s office told Ms Beleno that the delay was because there were many cases like hers.

Case prosecutor Tawan Suknirundorn said that the postponement of Ms Beleno’s arraignment was due to the ongoing investigation of the hotel owner.

“We have to determine whether he was involved in the crime or not,” Mr Tawan said. “That can take a long time.”

“The police have to keep Ms Beleno’s passport during this period to prevent her from fleeing the country,” he added.

“In this case, Ms Beleno never told us that she had a problem or wanted to leave the country. If the delay is causing difficulties, we will help in any way we can – she should just let us know,” he said.

As of today, Ms Beleno continues to wait.

The general manager and colleagues from the hotel have kept in touch with her, she said.

“They’re worried about me.

“I just pray to finish my case. Then if they give me a chance to work here again, I’ll do it properly next time,” she added.