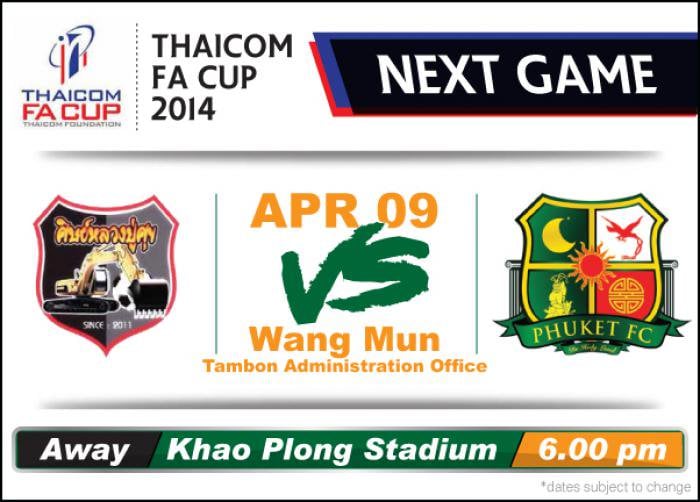 PHUKET: Tonight, Phuket FC look to hold their place in the Thaicom FA Cup 2014 as they travel to Khao Plong Stadium in Chainat. They will kickoff at 6pm against the Wang Mun Tambon Administration Office.

Organized by the Football Association of Thailand, The Thaicom FA Cup is a knockout football tournament now into its 19th year. The cup winner will advance to play in the AFC Champions League Playoff.

In their next Yamaha League One match, the Phuket FC Ronins will hit the road again to compete against Chiang Mai FC on April 20.