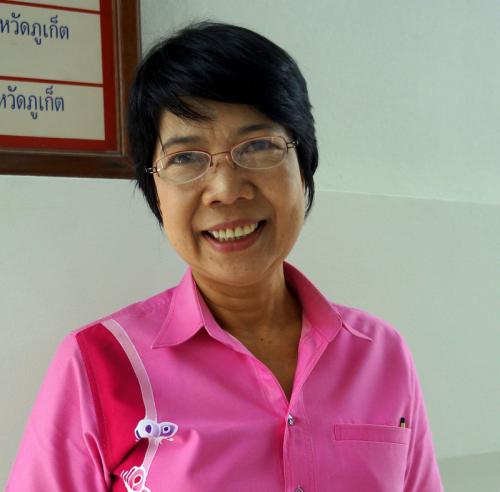 “We are now back to working normally,” PPEO Chief Yaowapa Pibulpol told the Phuket Gazette.

“Our office was closed for two and a half days, from the afternoon of December 3 through the public holiday for HM The King’s birthday yesterday,” she explained. “But right now, all of my officers are back at work.”

“I don’t want to make a big announcement that we’re open, out of respect for the sensitivities of the protestors,” she added.

“But I understand that work permits are very important for foreigners working in Phuket. Our job is to serve, and we will do our best to do so regardless of which government party is in power in Bangkok,” she said.

Provincial Hall, where the Phuket Governor’s office is located, remains closed. Governor Maitri Inthusut agreed to close Provincial Hall on November 27, acquiescing to the firm request by thousands of anti-government protesters who rallied in front of the building (story here).

Since then, smaller protests have targeted individual government offices, though many such offices have reopened to continue their work (story here).

Meanwhile, PPEO Chief Ms Yaowapa has assured that any foreigners whose work permits expired during the forced closure were not to be arrested for working without a work permit (story here).

Regardless, she urged foreigners to file their applications for work permit renewals as soon as possible after her office had re-opened.