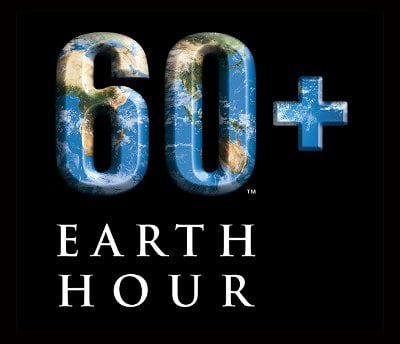 PHUKET: With Earth Hour 2012 fast approaching, the chief of the Phuket office of the Provincial Electricity Authority (PEA) has voiced his support for the global eco-event.

Hundreds of millions of people, businesses and governments around the world unite each year to support the largest environmental event in history – Earth Hour.

Earth Hour calls for people across Phuket to join the global-awareness campaign to save energy by switching off their lights for one hour starting at 8:30pm tonight.

“We all know we are using up natural resources every day, and many countries in the world are trying to develop alternative-energy sources because some people still have reservations about nuclear power,” Somchai Krueapat told the Phuket Gazette.

“I totally agree with this event. It is not good for just some people, it’s good for everyone on Earth.

People who support this campaign feel good that they at least have a chance to conserve energy resources of the world,” he said.

“To support this event, I have launched a campaign among the PEA staff, which is almost 300 people,” Mr Somchai added.

However, the PEA chief said that although he was advocating for people to support Earth Hour, his office would not be conducting any scheduled mandatory power cuts during the event, as the PEA often does in order to repair and upgrade power lines across Phuket.

“I am supporting the event, but the power will not be cut off during the hour,” he said.

In 2007, World Wildlife Fund-Australia inspired Sydney-siders to show their support for climate change action in the first ever Earth Hour event.

In 2008, the plan was to take Earth Hour to the rest of Australia. But then the city of Toronto, Canada, signed up and it wasn’t long before 35 countries and almost 400 cities and towns were part of the event.

With the invitation to “switch off” extended to everyone, Earth Hour quickly became an annual global event. It’s scheduled on the last Saturday of every March – closely coinciding with the equinox to ensure most cities are in darkness at the time of the celebration.

In 2011, Earth Hour saw hundreds of millions of people across 135 countries switch off for an hour.

More than 5,200 cities and towns in 135 countries worldwide turned off their lights for Earth Hour.

In Phuket, the Dusit Thani Laguna Phuket resort, among other resorts and businesses, will join the worldwide effort. The lights will be switched off from 8:30pm to 9:30pm on the exterior of the hotel building, lobby and some areas will be lit by candles only.

“The climate is changing and the Earth is warming up. This is a serious global environmental scenario issue on the international agenda,” said Peter Komposch, General Manager of Dusit Thani Laguna Phuket.

“People in every country need to encourage their citizens to be more concerned about this in their daily lives,” he added.