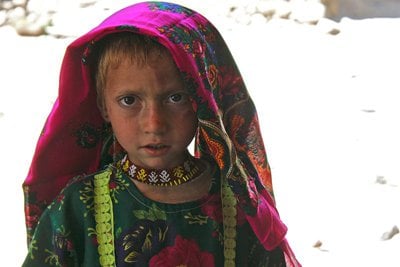 The Office of the UN High Commissioner for Refugees (UNHCR) estimated that roughly 101,160 people, mostly women and children, have been uprooted by the fighting that began on January 20 in Pakistan’s Khyber Agency region of the country’s Federally Administered Tribal Area (FATA), which borders Afghanistan.

UNHCR spokeswoman Melissa Fleming, during a press conference in Geneva, said newly arrived refugees claimed that the proximity of fighting and instructions by local authorities have caused their evacuation of the area. A recent increase in the intensity of the fighting is driving even larger numbers of families to flee to the safety of Jalozai camp, where UNHCR is registering them and providing them with basic humanitarian supplies.

On average, UNHCR has been registering 2,000 families per day since mid-March. While the UNHCR, along with the UN Children’s Fund (UNICEF), continue to carry out humanitarian aid, the UN World Food Program (WFP) has also been providing food aid in Jalozai.

Currently, there are some 62,818 people in Jalozai camp, of which 47,134 were living in the camp before March 17. Fleming noted that this is now the largest camp for internally displaced people in Pakistan.

In 2009, more than two million people were displaced by similar clashes between Government troops and militants in northwestern Pakistan. The clashes led to one of the largest displacement crises in the world.

The shooting occurred at around 9am local time at a check post in the Yahyakhel district of Paktika province when a police officer opened fire at his sleeping colleagues. Afghan media said the shooter is believed to be the son of Mullah Ihsanullah, who was previously killed by the Taliban for cooperating with government officials.

Governor spokesman Mukhlis Afghan told the Pajhwok Afghan News agency that two police officials have been arrested on suspicious of being involved in the deadly shootings. A third policeman, the suspected shooter, was able to flee in a pickup truck carrying the weapons used during the attack. He remains at large.

Taliban spokesman Zabihullah Mujahid claimed responsibility for the attack and said the gunman, who he identified as Sanaullah, had infiltrated the police force earlier this week. “Sanaullah, after accomplishing his mission, loaded all the weapons and ammo of the enemy in a ranger vehicle and left the area safe and sound,” Mujahid said, adding that the gunman later joined other Taliban insurgents.

Friday’s attack comes in the wake of a series of shooting incidents in which Afghan security forces turned their weapons on coalition service members. On Monday, two British soldiers were killed when an Afghan soldier opened fire at the entrance to a coalition base in southern Afghanistan. A U.S. soldier was killed hours later when he was shot by an Afghan police officer.

The attack took place on Wednesday evening when a group of heavily armed gunmen ambushed the convoy of trucks on a highway in the Gulistan district in western Farah province. The trucks were transporting goods and supplies to a NATO base in Helmand province.

“Coming from Shindand and Farah armed helicopters took off to support the convoy, succeeding to neutralize the threat,” said Colonel Vincenzo Lauro, a spokesman for Regional Command West of the NATO-led International Security Assistance Force (ISAF). “Major loss incurred by the insurgents.”

Two oil tankers were torched during the attack.

Taliban spokesman Qari Yousuf Ahmadi claimed responsibility for the attack, but confirmed the deaths of only six insurgents. “U.S. helicopters also arrived to the scene and carried out severe bombing in which 6 Mujahideen (Muslim fighters) were martyred, may Allah accept them, and 12 were injured whereas 10 motorbikes of Mujahideen were also destroyed,” he said.