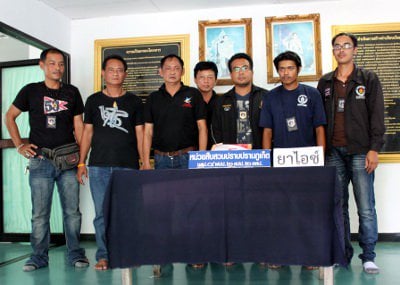 The drugs had an estimated a street value of more than 150,000 baht.

Officers from the Royal Thai Customs Investigation and Suppression Bureau (ISB) were conducting a search of the transportation company’s premises when the Thai Post parcel was discovered.

“The search was in accordance with Director-General Somchai Puunsawad’s order to tighten our grip on the smuggling of illegal items into the Kingdom,” said ISB team leader Charoen Chamniklang.

“We waited for the recipient of the parcel to come, but nobody arrived to claim it so it was sent to Phuket City Police,” he said.

Officers opened the parcel and found 31 packages of a substance that they suspected was ya ice.

The Narcotics Control Board Region 8 was called in to investigate and confirmed the substance was 43.4 grams of that drug.

“There is recipient information on the parcel but we are not able to confirm its validity. Police are now investigating if it is a real name,” he added.